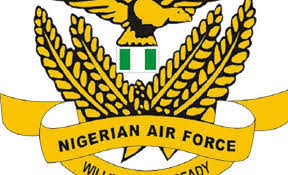 A General Court Martial has convicted Master Warrant Officer Michael Oyebanji on 46 counts, thereby sentencing him to 21 years in jail for criminal breach of trust and theft, among others.

Oyebanji was also charged with criminal conspiracy, and misappropriation of N41 million.

He was said to have conspired with three others to steal the money belonging to the 151 Base Services Group Multipurpose Cooperative Society, Makurdi where he was serving as the vce president.

As a form of punishment, his rank was reduced to corporal and was further ordered by the President of the GCM, Air Commodore Nazib Aliyu to refund the money.

Air Commodore Ibikunle Daramola, who is the Director of Public Relations and Information, NAF, revealed via a statement on Saturday that the judgment was handed down on September 24.

The statement titled, ‘Financial misappropriation: GCM sentences MWO Oyebanji, three others to 21 years in jail’, disclosed that Olawoore was found guilty for being negligent in performing his duty as the president of the cooperative and awarded six months’ loss of seniority.

The statement stated, “MWO Michael Oyebanji, who was the Vice President of the Cooperative, was tried on 46 counts including; criminal breach of trust, theft, criminal conspiracy, criminal misappropriation, making of false documents and conduct to the prejudice of service discipline, contrary to sections 114 and 103 (d) of the Armed Forces Act Cap A20 Laws of the Federation of Nigeria 2004 and Sections 312, 287, 96 and 309 of the Penal Code Cap P3 Laws of the Federation of Nigeria 2004.”

Others that were convicted together with Oyebanji include: Flt. Lt. Sherifi Olawoore, Flying Officer Ademola Adekoya, and Warrant Officer Paul Atteh.

Adekoya, who was correspondingly found guilty of negligence as the cooperative secretary, was given one year loss of seniority.

Similarly, Atteh, the cooperative treasurer, was convicted for negligence as well as falsifying documents and for criminal breach of trust.

He was awarded a reduction in rank from warrant officer to sergeant, in the first instance, and then eventually reduced to the rank of corporal.
He was also ordered to pay N1 million fine.

The GCM has however ordered Atteh’s release from detention.

In a bid to soften the severity of their punishment, the defence counsel urged the court to “show leniency, describing the accused as first-time offenders.”

Awutu Bereku: Over 50 dogs killed after directive from fetish priest

Agyeman-Manu can’t continue as Minister; he must resign – NDC Professionals...