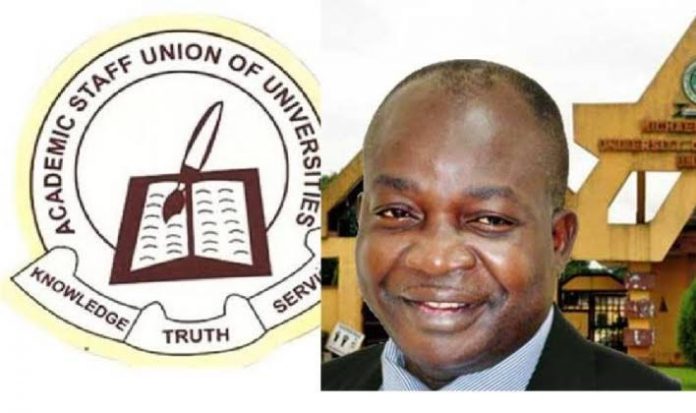 Osodeke, who is a professor of soil science at the Federal University of Agriculture, Umudike, Abia State, was elected president of the union during a three-day conference, which held at the Nnamdi Azikiwe University, Awka, Anambra State today Sunday, May 30.

He took over from Biodun Ogunyemi, a professor of education at the Olabisi Onabanjo University, Ago-Iwoye, Ogun State whose tenure ended last week.

Other members of the union, who were elected alongside Mr Osodeke, include Chris Piwuna of the University of Jos as vice president; Olusiji Sowande of the Federal University of Agriculture, Abeokuta (FUNAAB), Ogun State, as treasurer while Ade Adejumo, a professor from the Ladoke Akintola University of Technology, (LAUTECH), Ogbomoso, was elected as financial secretary.