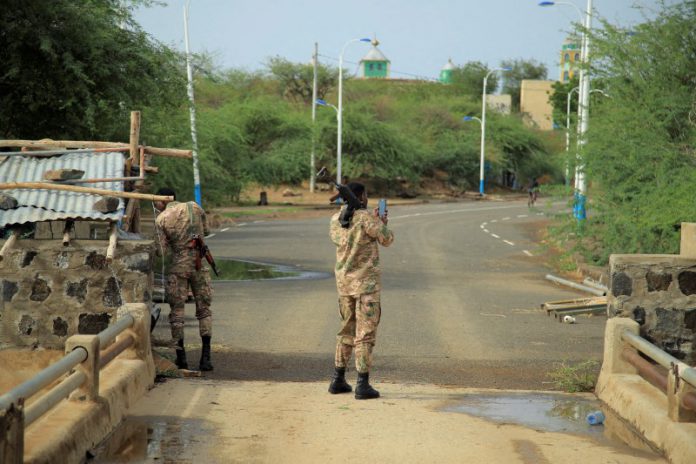 A freelance video journalist recognized to be with the Associated Press and two other local journalists have been reportedly detained in Ethiopia.

This was made known by the police and the country’s media regulator.

Federal police accused the journalists in a statement late on Wednesday of “promoting terrorism” by interviewing members of the Oromo Liberation Army (OLA), which parliament has designated a terrorist group.

The AP reported that its freelancer, Amir Aman Kiyaro, was detained on November 28 under the country’s war-related state of emergency after returning home from a reporting trip. He has not been charged, the report said.

“These are baseless allegations. Kiyaro is an independent journalist who has done important work in Ethiopia on all sides of the conflict,” AP Executive Editor Julie Pace said in a statement. “We call on the Ethiopian government to release Kiyaro immediately.”

The police statement identified the other detained journalists as independent cameraman Thomas Engida and Addisu Muluneh of the state-affiliated Fana Broadcasting network.

Admasu Damtew, chief executive of Fana, declined to comment, saying Addisu’s arrest “doesn’t relate to us.” He did not elaborate.

The New York-based Committee to Protect Journalists says at least 14 journalists have been arrested since a state of emergency was declared on November 2 this year.

Ethiopia’s media regulator confirmed that the police detained the three journalists for “violating the law of the land.”

“They were caught while producing promotional content for a group that has been designated as a terrorist organization,” Mohammed Edris, head of the Ethiopian Media Authority, told Reuters, referring to the OLA.

Edris dismissed accusations of a clamp down on media freedom, saying “the reality on the ground is that there are more media outlets and journalists freely working in the country now than ever.”