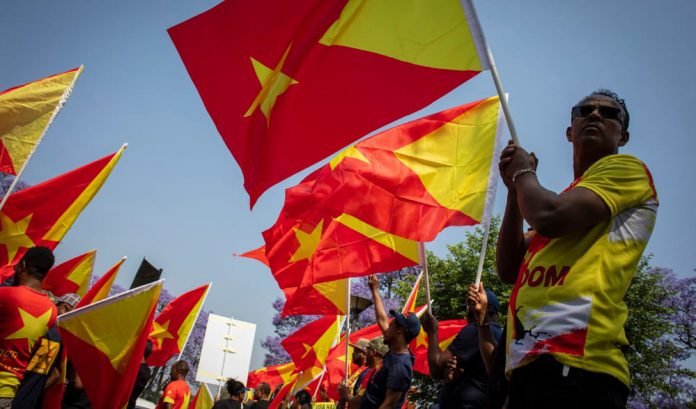 The Ethiopian peace talks in South Africa, which had been widely expected to end on Sunday will continue today, Monday October 31.

“They’re not going to conclude tonight,” one observer said on Sunday evening. An official familiar with the arrangements confirmed this.

It was not clear how well the discussions between the warring parties, the Ethiopian federal government and the Tigray government were progressing.

“Only time will tell,” an official close to the negotiations replied when asked if the talks had made any progress.

The organisers have been maintaining almost complete radio silence about the talks, making it very difficult to assess progress.

The mediators of the talks had expressed the hope at the start that the two opposing sides could at least agree to a cessation of hostilities at this first round of formal talks. With the fighting frozen, they could then, either now or at a later second round of talks, begin to discuss the terms of a more formal ceasefire and then discuss the myriad of other issues between them.

These include the virtual siege that the federal government has placed on the province of Tigray and Tigrayan demands for the withdrawal of forces of neighbouring Eritrea which have been fighting against them, alongside the Ethiopian federal troops.

Further down the road, the two sides seem likely to have to discuss the entire constitutional framework of the state.

It was Ethiopian Prime Minister Abiy Ahmed’s decision in 2018 to begin centralising power and dismantling the ethno-regional structure of Ethiopia, which prompted his fallout with the Tigray People’s Liberation Front (TPLF).

I don’t need your permission to work for Kenyans: President Ruto...

Woman’s lifeless body found in guest house after checking in with...