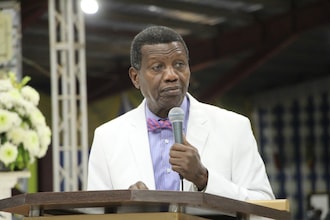 The private helicopter of Pastor Enoch Adeboye of the Redeemed Christian Church (RCCG) has reportedly been grounded at the Lagos airport by the Nigerian government through the Nigerian Civil Aviation Authority (NCAA).

The Sunday Punch reported that the aircraft, AgustaWestland AW139 chopper, with registration number 5N-EAA, was suspended from flying over two weeks ago.

The NCAA reportedly imposed the suspension on the chopper over the alleged expiration of some of its papers and spare parts.

The publication stated that the agency intends to conduct vital safety checks on the aircraft’s components, especially some spare parts that are due for replacement.

Meanwhile, the Nigerian government has reportedly put measures in place to avert reported plans by criminals to attack some airports in the country.

Here is how Gauteng plans to turn its economy around after...

Online applications for Gauteng Grade 8s to open on 10 August

Mkhwebane impeachment: Parly committee may go back to drawing board

Women are by far more intelligent than men – Amaechi, Minister...

Nigerians are the problem of the country – Buhari Asserts