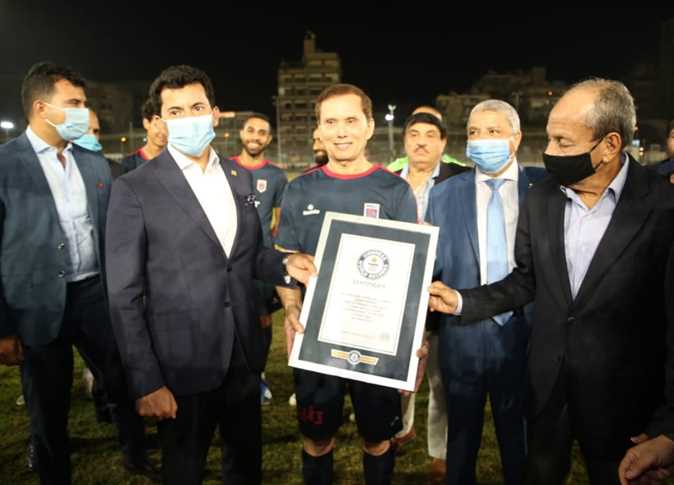 Ashraf Sobhy, the Minister of Youth and Sports in Egypt declared that the country has successfully registered the world’s oldest footballer, Ezz al-Din Bahader in the Guinness world records.

Bahader, who is 75 years old was said to have joined the Egyptian Football Association in January after signing a contract with the Sixth of October club. He plays at the league’s third level.

His last game was against the al-Ayat Sports Club at the Olympic Center in Maadi, in the presence of the five-member committee for the Egyptian Football Association and the Board of Directors of the Sixth of October Club.

Sobhy expressed his good wishes to Bahader for achieving a world record among Egyptian football in particular.
He also wished him continued success with his club.

Maimane: Men are violent perpetrators and silent enablers of GBV

Kabul airport, symbol of chaotic US exit from Afghanistan

I will continue to govern Osun with fear of God, says...