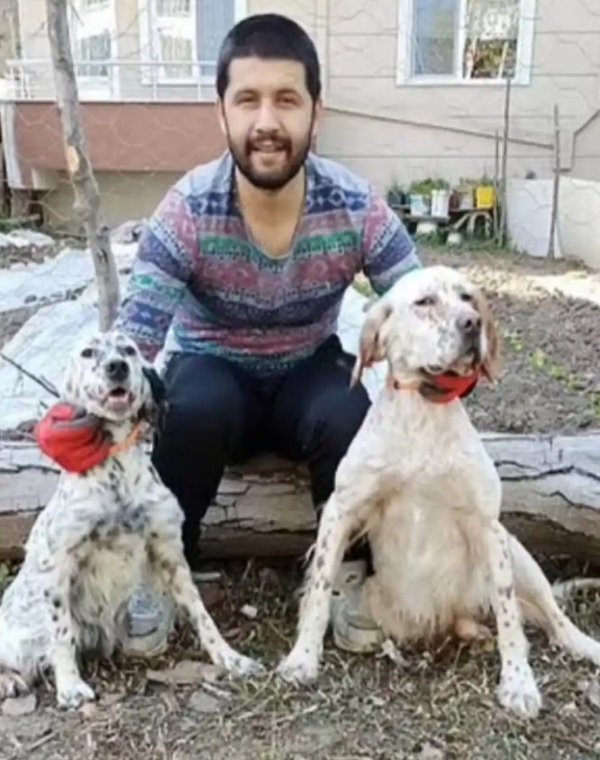 A hunter was shot dead by his own dog after the pet stepped on the trigger of his gun, it has been claimed.

Ozgur Gevrekoglu, 32, was on a hunting trip with friends over the weekend, and the incident reportedly occurred as he packed up his gear.

The new dad put his still-loaded shotgun into his car boot, and the dog is said to have stepped on the trigger with its paw.

The owner was then blasted at close range and killed instantly.

Police and prosecutors are investigating the bizarre death on the Kizlan Plateau in Alacam District, Samsun Province, Turkey.

Mr Gevrekoglu’s body was first taken to Alacam State Hospital and then transferred to the state capital, Samsun, for an autopsy.

Local media reported that he had become a father just 10 days earlier.

Ozgur appeared to have owned multiple dogs, going by his photos. It is unclear which dog is said to have been involved in the incident.