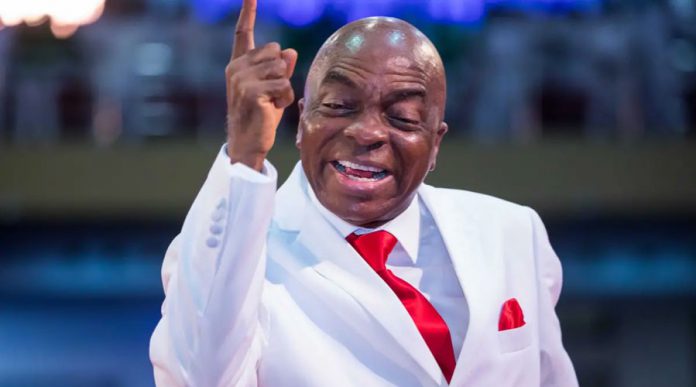 The General Overseer of the Living Faith Church Worldwide, David Oyedepo has disclosed what his action would be if the country is in crisis.

In a message to his church members, Oyedepo asserted that he will be the last to leave the country if there is a crisis.

“If there is crisis in this Nation, I will be the last to leave here.”

While admitting that things are going wrong in the country, the cleric posited that nobody could enjoy and sustain the flow of favour without the fear of God as a lifestyle.

“Don’t rob nobody, don’t cheat on anyone. Don’t outsmart your business partners. Don’t swear falsely. Don’t take bribes. Favour is the companion of all that fear God and favour shall be your companion from now.

“There was an explosion of favour, until the time that his Word came. The Word of the Lord tried him.”

This assertion comes after Pastor Paul Adefarasin of House on the Rock, advised members of his church to plan an escape route out of Nigeria.

Kidnappers In Haiti Demand $17m Ransom For US Missionaries