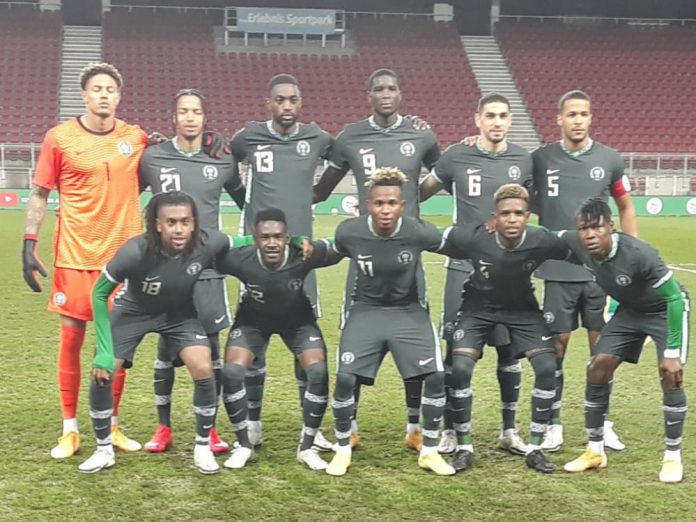 The city of Lagos in Nigeria will be hosting a competitive men’s senior football match for the first time in 20 years.

The Nigeria Football Federation (NFF) confirmed that the Super Eagles will take on Lesotho in their final 2021 Africa Cup of Nations qualifier at the Teslim Balogun Stadium, Surulere, on March 30.

The federation emphasized that the number of fans allowed into the stadium to watch the match depends on the Confederation of African Football’s Covid-19 protocols at the time.

According to the sports minister, Sunday Dare, who is keen on renovating the dilapidated National Stadium in Lagos, he disclosed that March’s clash could see Lagos once again becoming a permanent home for the Super Eagles.

“This city is excited to host the country’s first competitive fixture in 20 years in a place where the team rarely lose.”

“Everything is geared towards making Lagos the home base again, because there’s a presence that this place has and demand that the fans have towards the opposition that puts them in fear.”

“We want the Nigeria fear factor that this city has to return and put that in the hearts and souls of teams that come here.”

Meanwhile, the last competitive game Nigeria played in Lagos was a 1-0 Nations Cup qualifying win over Zambia in January 2001, before a 2-1 friendly win over Sierra Leone at the Teslim Balogun venue 10 years later.

Your Office is Undermining Abba Kyari’s Extradition Application To US, HURIWA...