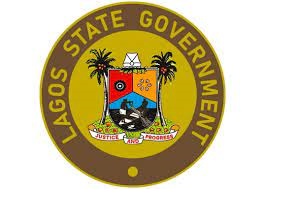 The Lagos State Consumer Protection Agency has ordered the closure of a distribution warehouse located at Wilmer Street, Isheri-Ojodu Area of the state.

According to a statement by the state government, the closure was ordered after the General Manager of LASCOPA, Afolabi Solebo, led an enforcement team to the distribution warehouse. A video had surfaced online showing a middle-aged man selling hazardous and contaminated milk to unsuspecting members of the public at Ibidun Street, in the Ojuelegba area of the state.

According to Solebo, the man disclosed during an earlier interrogation by men of the Nigeria Police Force, Area C Police Station, Surulere, that the products were collected from the warehouse at Wilmer Street in Isheri, Berger.

The LASCOPA boss said the actions taken against the warehouse were meant to ensure that further sales of the hazardous and contaminated milk are stopped and withdrawn from circulation in order to protect residents from consuming milk that is harmful to their health.

He said the warehouse personnel distributing the unwholesome products to retailers flouted safety regulations of the food and beverage sector. This is as he reiterated that the state government has zero tolerance for the sales of hazardous and expired products.

The LASCOPA boss was quoted as saying, “We, on our own part, will carry out a forensic investigation, through the Standards Organisation of Nigeria, (SON) to confirm the actual state of those products, because mere opening the product, we discovered that they smell.”

Motorists urged to avoid N14 to Pretoria due to protest action

Aunt allegedly beats 13-Year-Old Girl, throws her out Naked into the...