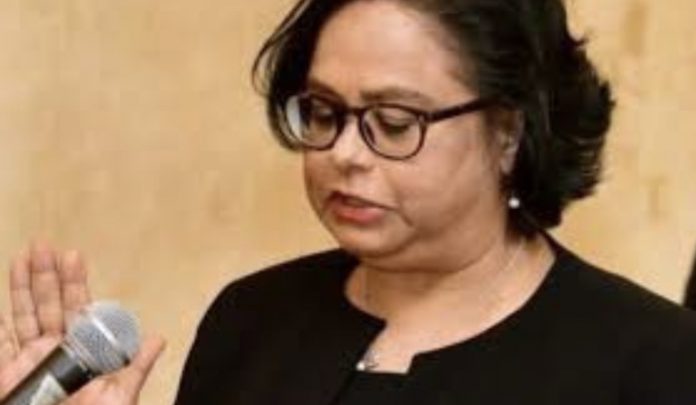 The 61-year-old record-breaker was appointed to head the Supreme Court by the president following consultations with the prime minister. It is the highest court in Mauritius.

After studying law in England, she was called to the bar in 1983 in Wales. In the same year, she returned to Mauritius for private practice.

She succeeds Asraf Caunhye, who retired after 20 years in the Supreme Court.

Her deputy will also be a woman, Justice Nirmala Devat.

Meanwhile, among the 22 judges of the Supreme Court, 15 are women.