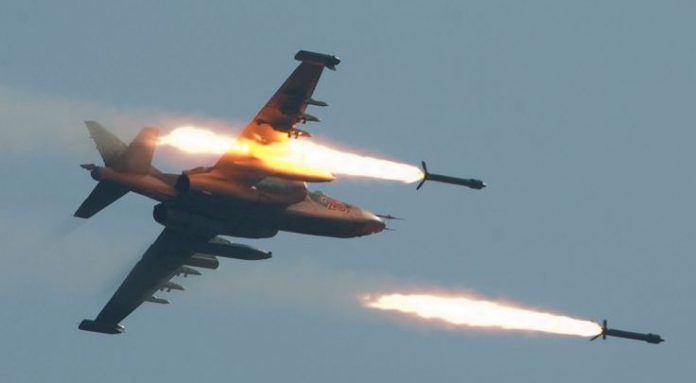 It was gathered that they were killed in a raid by Nigerian military fighter jets at Lake Chad on Saturday.

Messrs Kwaya and Mainoka, who were also key members of the ISWAP Shura (Consultation) Council met their waterloo when the Air Component of Operation Hadin Kai conducted air interdiction missions at Belowa, one of the very few remaining ISWAP/Boko Haram enclaves in the Tumbuns, Lake Chad Region in Abadam Local Government.

According to the operative, who asked not to be named, their Nigerian Air Force, NAF fighter aircraft dispatched to the location of the terrorists’ meeting at Belowa, engaged the ISWAP elements with rockets and bombs in multiple passes.

“An hour after the strikes, 2 vehicles conveying about 13 injured terrorists to another hideout were struck through precision strikes by NAF aircraft.

“Feedback after the strikes revealed that ISWAP kingpin, Mallam Ali Kwaya who is a key member of the ISWAP Shura Council and Mallam Bukar Mainoka were among those neutralized in the strikes,” he stated.

When contacted, Air Commodore Edward Gabkwet, NAF spokesperson, confirmed the strikes but did not disclosed the names of those killed.

He said, “Our path to victory in the Northeast and northwest remains on course and we won’t relent until all locations are free of terrorists and insurgents.

“Let’s also not forget that the resilience of our pilots and technicians is in line with the directive of the Chief of Air Staff, Air Marshal Amao that terrorists and insurgents must be denied their hiding places.”