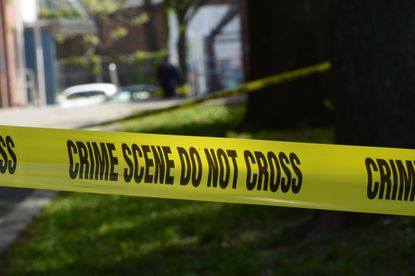 A 20-month-old child has been reportedly shot in Detroit, US, on Monday night, November 9, during an argument between her mother and a neighbor about food delivery.

MLive, who first reported the story stated that the police alleged that during their argument, the neighbor raised a hammer at the woman who took out a gun and fired several shots.

Unfortunately, the girl was seated in a nearby Dodge Charger and was struck in the hip by the bullet.

The girl was thereafter rushed to the hospital in critical condition around 7:45 p.m, with the mum in agony over her action.

“I don’t know if I can adequately find the words for the feeling I get when anytime a child or an innocent person of any sort, is the victim of violence,” Detroit police Capt. Ian Severy told Fox 2.

“It is disgusting, quite frankly.”

According to findings from the police, it was discovered that the woman has a concealed pistol license.

Severy, in line with that discovery, he said, “There are a lot of people lawfully carrying firearms and I encourage people that are able to so lawfully, with that comes a great deal of responsibility, what the actions may be and what the consequences maybe.”

As at the time of compiling this report, the girl is still in intensive care, while the mother has been taken into custody.

Gov’t to crackdown on gold smuggling to implement gold for oil...