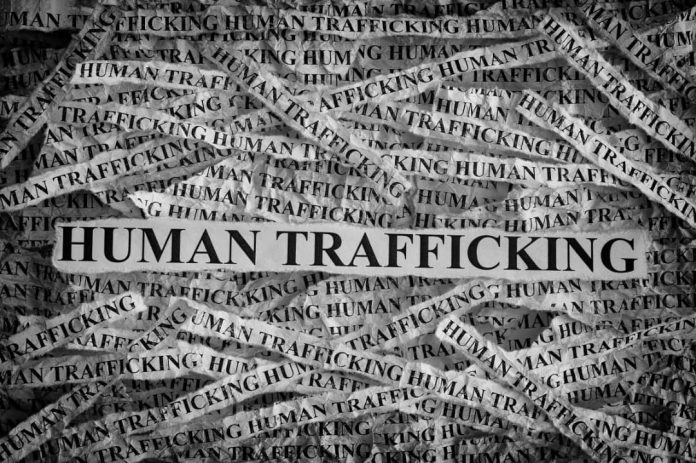 This was the crux of this year’s World Day Against Trafficking in Persons held on Thursday at the British High Commission in Abuja, with the theme “Victims’ Voices Lead the Way”, which aims to amplify the voices of victims, putting their experiences and their perspectives at the centre of counter-trafficking responses and prevention efforts.

Attendees included the IOM Chief’s of Mission from Niger and Nigeria, the French Ambassador to Nigeria Jerome Pasquier and Governor of Edo State Godwin Obaseki.

According to a statement issued at the weekend by the Senior Communications & Public Diplomacy Officer of the British High Commission, Atinuke Akande-Alegbe, the event also saw the launch of the second Phase of the Collaboration Against Trafficking and Smuggling at the Nigeria-Niger border programme (CATS NN).

British High Commissioner to Nigeria, Catrirona Laing, during the event, said“the UK is a proud ally of Nigeria in its efforts to tackle human trafficking and in supporting Nigerian victims and survivors through a variety of programmes that provide shelters, physical and mental health interventions, and rehabilitation and reintegration services. We will remain committed to building on our partnerships in Nigeria and Niger to tackle their shared challenges on trafficking.”

Contributing, the Chief of Mission for the IOM in Niger Barbara Rijks, said“Nigeria and Niger are both important countries along the Central Mediterranean Route, stretching from sub-Saharan Africa to the southern European coast. It remains one of the most perilous in the world today. IOM Niger welcomes the UK Government’s support to strengthen cross border collaboration between Niger and Nigeria to enhance migration governance and ensure an effective counter-trafficking response between the two countries.”

Also speaking, Chief of Mission for the IOM for Migration in Nigeria Franz Celestin said “trafficking in persons is still on the rise and counts as one of the top three most profitable illegal businesses worldwide. Driven by the demand for cheap labour and commercial sex, trafficking rings across borders and within countries take advantage of economic, social and political vulnerabilities to exploit their victims.

“As IOM, we welcome the UK Home Office’s Collaboration Against Trafficking and Smuggling Programme between Nigeria and Niger to enhance migration governance and an effective counter-trafficking response between the two countries.”

In 2013 the United Nations General Assembly declared the 30 July as the World Day Against Trafficking in Persons. On the day, both the international community and civil society have the opportunity to reflect on what each of us can do to decrease vulnerabilities to trafficking, or the risks that follow from such vulnerabilities.

The event brought together partners from agencies across the government of Nigeria, including the Nigerian National Agency for Prohibition of Trafficking in Persons, the Nigerian National Information Technology Development Agency, the Senate Committee on Special Duties, the House Committee on Civil Societies and Developmental Partners and the Federal Commissioner for Migrants Refugees and IDPs.

These were joined by representatives from the State offices of Edo and Sokoto, members of the International Organisation for Migration offices in Niger and Nigeria, staff from the British High Commission and the France Embassy in Nigeria alongside other members of the diplomatic community and Civil Society Organisations working on migration issues in Nigeria.

Plans are underway to give life jackets to Atikagome pupils –...