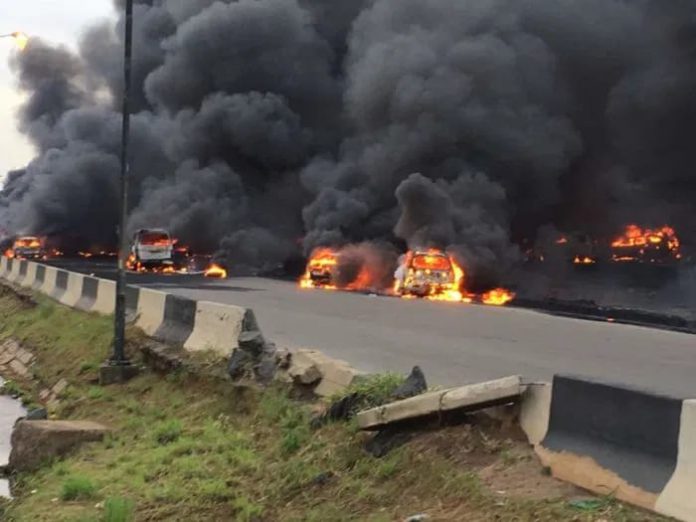 It was gathered that the inferno broke out after fire gutted one of the Nigerian National Petroleum Corporation (NNPC) pipelines at Idowu-Egba area.

The residents disclosed that the explosion may not be unconnected to the illegal activities of pipeline vandals.

According to Leadership, as of the time of filing this report, many residents were seen scampering out of the area for safety while fire fighters battled to put out another inferno which gutted a building at Council Bus Stop, Idimu area of the state.