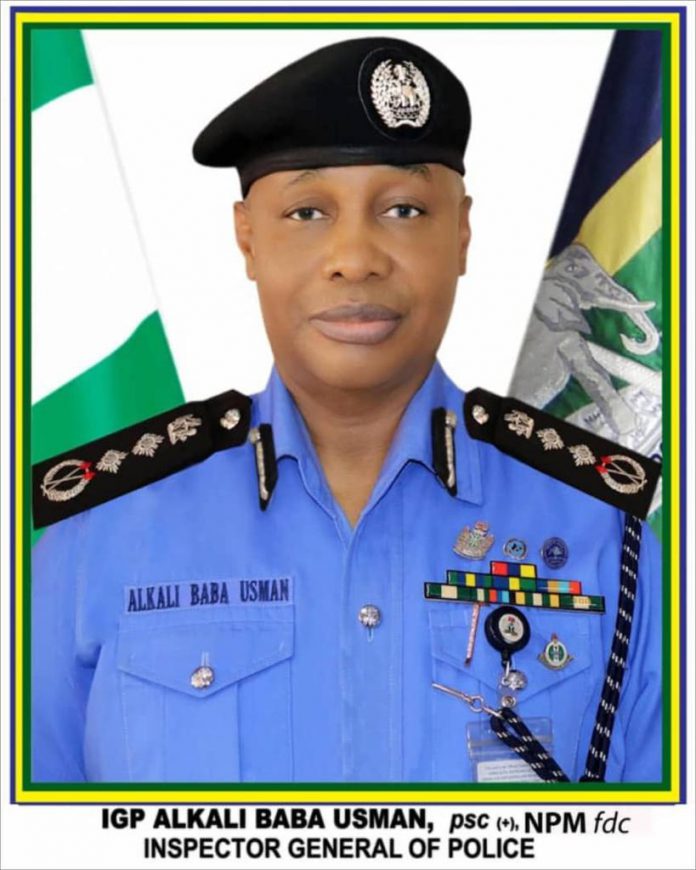 The Nigeria Police Force said it has arrested DCP Abba Kyari and four other police officers for their involvement in an alleged case of criminal conspiracy, discreditable, unethical, and unprofessional conduct, official corruption and tampering with exhibits in a case of illicit drug trafficking involving a perpetual transnational drug cartel.

The arrest of the officers, according to the police was a sequel to pieces of information received from the leadership of the National Drug Law Enforcement Agency (NDLEA) on 10th February 2022.

In line with the standard administrative procedure of the Force, the Inspector General of Police ordered a high-level, discreet, and in-house investigation into the allegations.

The interim investigations report revealed that two (2) international drug couriers identified as Chibunna Patrick Umeibe and Emeka Alphonsus, both males, were arrested at Akanu Ibiam International Airport, Enugu on the 19th of January, 2022 upon their arrival from Addis Ababa aboard an Ethiopian Airlines flight ET917.

“The arrest led to the recovery of a substantial quantity of powdery substance suspected to be cocaine from the two narcotic couriers.”

A statement signed by Deputy Force Public Relations Officer, CSP Olumuyiwa Adejobi, said the operation which was intelligence-driven was undertaken by a Unit of the Police Intelligence Response Team (IRT).

Although the case and the two suspects were subsequently transferred to the NDLEA on the 25th January 2022, the findings of the in-house investigation ordered by the Inspector General of Police established reasonable grounds for strong suspicion that the IRT officers involved in the operation could have been involved in some underhand and unprofessional dealings as well as official corruption which compromised ethical standards in their dealings with the suspects and exhibits recovered.

Beyond this, the Police investigation also established that the international narcotics cartel involved in this case have strong ties with some officers of the National Drug Law Enforcement Agency (NDLEA) at the Akanu Ibiam International Airport, Enugu who are on their payroll. The two arrested drug couriers confirmed that the modus is for the transnational drug barons to conspire with the NDLEA officers on duty and send them their pre-boarding photographs for identification, seamless clearance, and unhindered passage out of the airport with the narcotics being trafficked.

The two arrested drug couriers also confirmed that they have been enjoying this relationship with the NDLEA officers at the Akanu Ibiam International Airport since 2021 and had in this instant case of 19th January 2022, been identified and cleared by the NDLEA officers as customary, having received their pre-departure photographs and other details prior to their arrival in Enugu, and were on their way out with the narcotics when they were apprehended by the Police.

The Police investigations report also indicted DCP Abba Kyari, who had been on suspension for his alleged involvement in a different fraud case being investigated by the Federal Bureau of Investigations (FBI), for complicity in the allegation of official corruption, tampering with narcotics exhibit and sundry unprofessional conducts that negate the standard administrative and investigative protocols of the Force as well as extant criminal laws. It is to be emphasised that DCP Abba Kyari’s involvement in these allegations occurred while his suspension from service was subsisting.

On the strength of the findings of the in-house Police Investigation Panel, the Inspector-General of Police has ordered the immediate arrest and transfer of all the indicted police officers to the NDLEA authorities for conclusive investigation, while appropriate disciplinary actions are also being initiated against them by the Force leadership. The concerned officers include DCP Abba Kyari, ACP Sunday Ubuah, ASP Bawa James, ASP John Umoru (at large), Inspr. Simon Agrigba and John Nuhu. They have all been, accordingly, handed over today 14th February 2022 to the NDLEA authorities.

In so doing, the Inspector General of Police has also formally requested that the Chairman and Chief Executive Officer of the National Drug Law Enforcement Agency should ensure the identification, arrest and investigation of the Agency’s officers who have also been found to be colluding with the international drug cartel involved in this case towards advancing the anti-narcotics agenda of the Federal Government.

The Inspector-General of Police, however, assures the public of his administration’s commitment to upholding the tenets and values of policing in line with the agenda of ethical regeneration, restoration of professional standard, enhancement of the anti-corruption drive, respect for the rule of law and inter-agency collaboration in the drive to stabilise the internal security order of the country.

MONDE ENTIER :: Will it be safe to invest in...