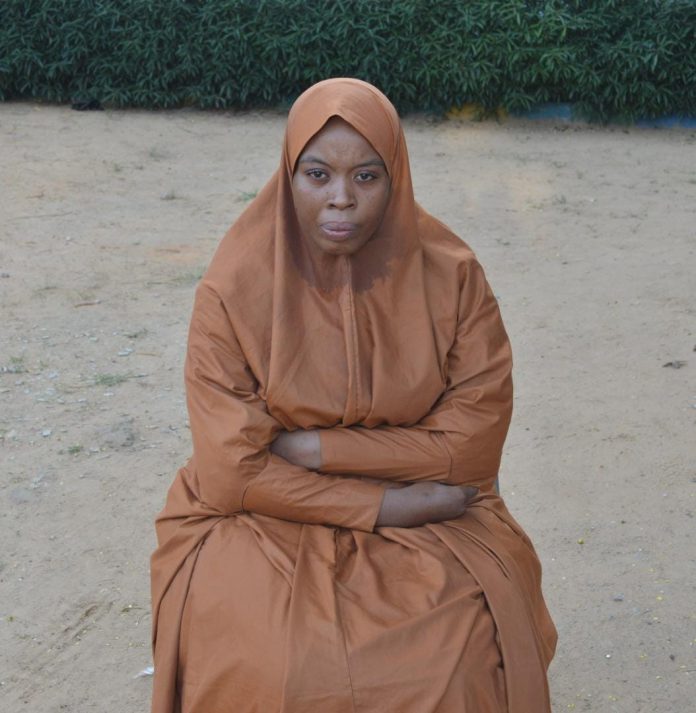 A woman allegedly specialising in fraudulent activities in Kano State, Fati Umar Dikko, has been arrested by the Nigerian Police Force.

It was gathered that Dikko has defrauded many unsuspecting traders with fake bank SMS alerts after collecting their goods.

Speaking about her arrest, the spokesperson of the command, DSP Abdullahi Haruna Kiyawa, in a statement said; “On the 12/09/2021 at about 1830hrs, complaints were lodged by one Jamilu Musa, ‘m’, Aliyu Inusa, ‘m’, and Sadiya Muhammad, ‘f’, all of the different addresses within Kano metropolis, that, between 11/09/2021 and 14/09/2021, one Fati Umar Dikko, ‘f’, of Rijiyar Zaki Quarters, Gwale LGA Kano, went to their shops located at various addresses in Kano and on different occasions, make some purchases.”

Kiyawa revealed that Dikko on all three occasions made fake credit alerts and left with the items.

He said: “On receipt of the complaints, the Commissioner of Police, Kano State Command, CP Sama’ila Shu’aibu Dikko, fsi of sed and instructed a team of detectives led by SP Daniel Itse Amah to trace and arrest the culprit.

“On preliminary investigation, the suspect confessed that she is specialised in showing fake alerts to her victims and confessed to the crime.”

The PPRO stated that Dikko will be charged to court upon completion of the investigation as ordered by the State Commissioner of Police, CP Sama’ila Shu’aibu Dikko.