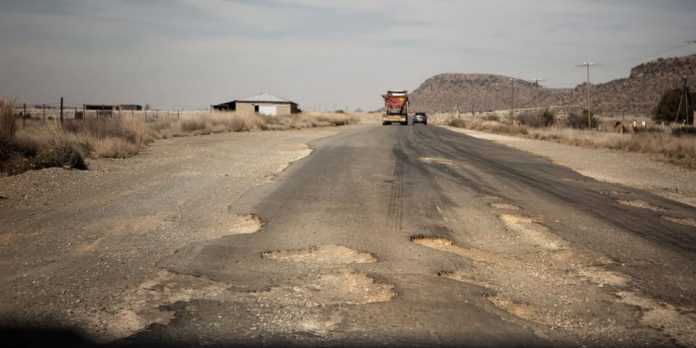 Potholes in South Africa has been estimated to be Twenty-five million potholes due to inadequate maintenance, which results in a vicious cycle that creates even deeper holes in the pockets of the administering authorities.

Meanwhile, it was 15million five years ago.

It is estimated to cost between R2,000 and R3,000 per square metre to fix one pothole, depending on its size. The lack of maintenance increases the repair costs 18-fold if full rehabilitation of a road is deemed necessary.

These figures were revealed at the seventh South African Roads Federation (SARF) Regional Conference for Africa, which started in Cape Town on Tuesday, 17 October.

In August, Transport Minister Fikile Mbalula announced plans to eradicate potholes across the country when he launched Operation Vala Zonke with the South African National Roads Agency (Sanral) as the implementing agency.

The department also launched an app on which people can report potholes.

Former SARF president Mutshutshu Nxumalo said that while South Africa’s road network was one of its greatest assets, a mere 5% was allocated to it from the national fiscus.

“Our roads go through their lifespan without maintenance, which eventually leads to bigger problems. Our potholes specifically are caused by a delay in the response to fixing them timeously,” Nxumalo said.