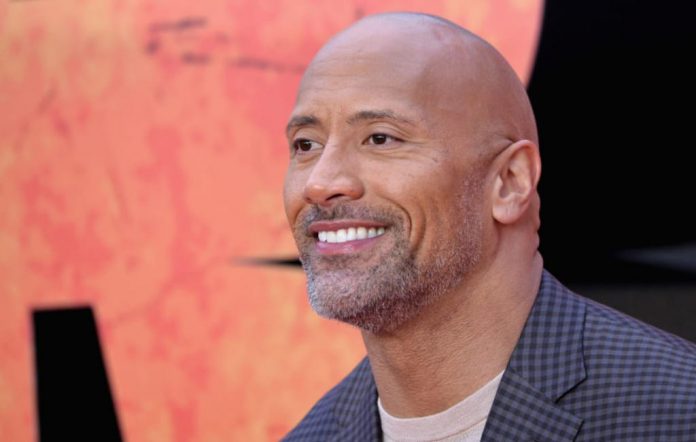 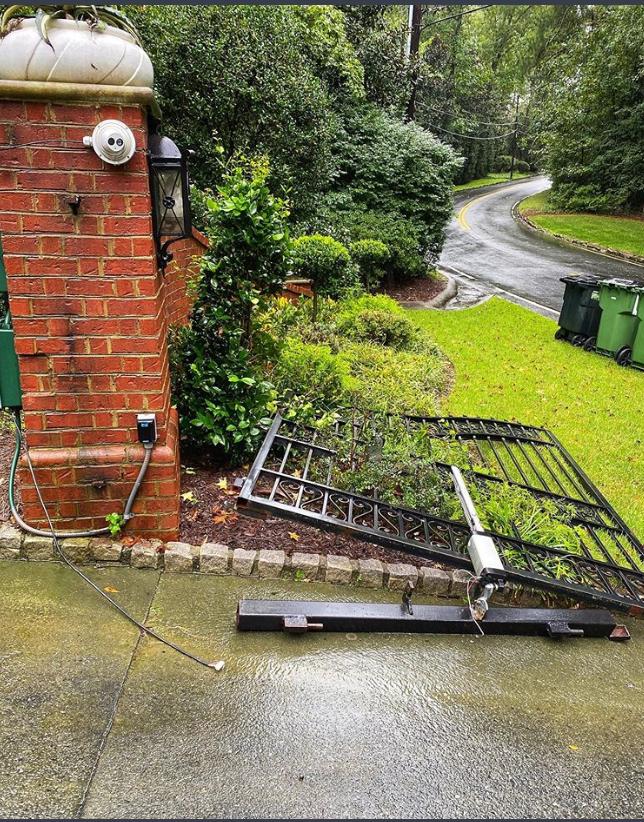 Due to the power outage caused by severe storm, Dwayne ‘The Rock’ Johnson pulled out his gate off the wall of his home’s drive when it stopped working and he was running late for work.

He revealed this via his Instagram stating that it was not his finest hour but he had to go to work.
“We experienced a power outage due to severe storms, causing my front gate not to open. I tried to override the hydraulic system to open the gates, which usually works when power goes out – but this time it wouldn’t.”

“Made some calls to see how fast I can get the gate tech on site, but I didn’t have 45min to wait. By this time, I know I have hundreds of production crew members waiting for me to come to work so we can start our day. So I did what I had to do,” Johnson wrote.

“I pushed, pulled and ripped the gate completely off myself. Ripped it completely out of the brick wall, severed the steel hydraulics and threw it on the grass.
My security team was able to meet the gate technician and welders about an hour later and they were apparently, ‘in disbelief and equally scared’ as to how I ripped it off,” he explained.
” I’m 100% ready to be BLACK ADAM,” he added.

Later on, The Rock later shared a video captured by his security team of the aftermath of his “destruction” with the gate technicians fixing the broken gate.

He wrote, ” Well here’s the destruction I left behind after ripping my gates off and going to work. This footage was taken by my security after I had already left and he arrived on the scene. The second video is of our technicians and welders carrying one of the gates I tore off and placing it very gently in the grass.”

“As you guys know from my last post, there was a power outage at my house, causing my gates to not open. Sure as hell wasn’t my best hour, but there were a lot of people waiting for me at work so I did what I had to do, hopped in my pick up and went to work.
Maybe next time I’ll just hop the gates and call an Uber. Actually, no I won’t. There’s no fun in that.”

He concluded: “Jokes aside, THANK YOU to the techs and welders who mobilized very quickly in the morning to come over and take care of the destruction. Thank you, gentlemen. Just one of those days where I wasn’t in the mood. We’ve all been there.”

What Is Happening Between Palestine and Israel So Far in 2023