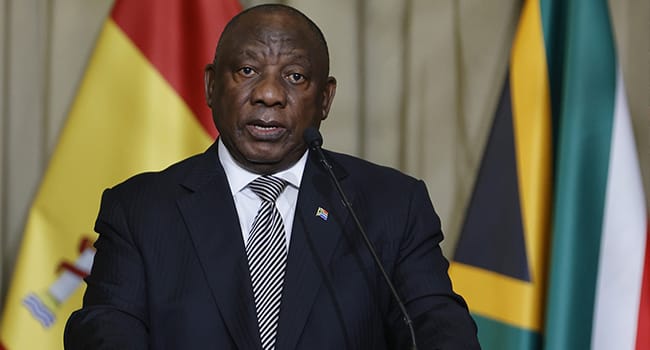 South Africa’s President Cyril Ramaphosa on Thursday condemned the US embassy’s issuing of a warning of a possible weekend “terrorist” attack in the country without consulting his government.

He described it as ‘unfortunate’.

The US embassy on Wednesday posted the alert on its website and identified the potential target as Sandton, a suburb in the country’s financial hub of Johannesburg.

Sandton, a collection of high-end shops and lofty office blocks and banks, is commonly referred to as the richest square mile on the African continent.

The alert said the attack could occur there on Saturday.

“It is quite unfortunate the US issued that type of warning without having any type of discussion with us,” Ramaphosa said during a press conference.

“Any form of alert will come from the government of the republic of South Africa and it is unfortunate that another government should issue such a threat as to send panic amongst our people,” said Ramaphosa.

Ramaphosa said Pretoria is “working around the clock to verify and to look very closely at this message that came from the United States”.

“Our security organs are paying attention to this matter.”

The US embassy on Sunday also issued a security alert in Nigeria, urging US citizens there to limit their movements due to an “elevated risk of terror attacks in Nigeria, specifically in Abuja”.