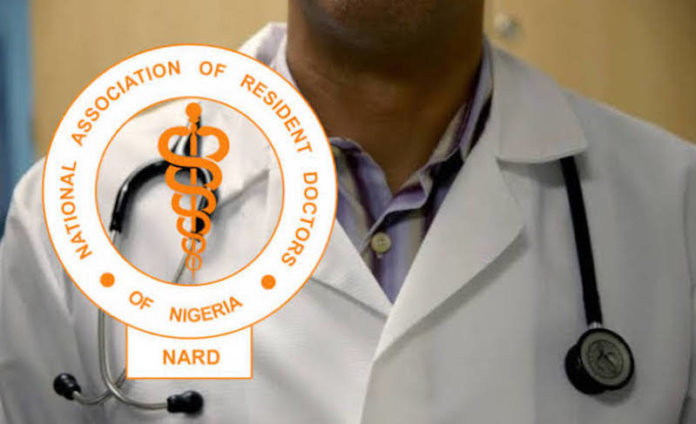 The National Association of Resident Doctors (NARD) has called off its 9-day old strike. The resident doctors reached the decision to end the strike at a virtual National Executive Council (NEC) meeting which ended on Saturday evening, April 10.

While confirming the suspension to newsmen, the President of NARD, Dr. Uyilawa Okhuaihesuyi said the association had resolved to resume work following positive consideration of the agreement reached with the federal government at their meeting that held on Friday, April 9. He said all house officers who are yet to be paid will be paid on Monday, April 12.

Okhuaihesuyi disclosed that the strike has been suspended for one month and that doctors working in isolation centres will resume at 8am on Sunday, April 11 while resident doctors in other hospitals will resume for work on Monday, April 12.

Recall that the doctors began their indefinite strike on April 1 after a meeting with a government delegation on March 31 ended in a deadlock.

One of the things the doctors are demanding for is the payment of all salaries arrears, review of the current hazard allowance to 50 per cent of consolidated basic salaries for all health workers, and payment of the outstanding COVID-19 allowance, especially in state-owned tertiary Institutions. They are also clamouring for the payment of death in service insurance for all health workers who died as a result of COVID-19 infection or other infectious diseases in the country.

The doctors are also want the September 2017 Memorandum of Terms of Settlement between NARD and the government to be implemented in order to bring lasting peace to the health sector and curb the ongoing ugly trend of brain drain from the health sector.