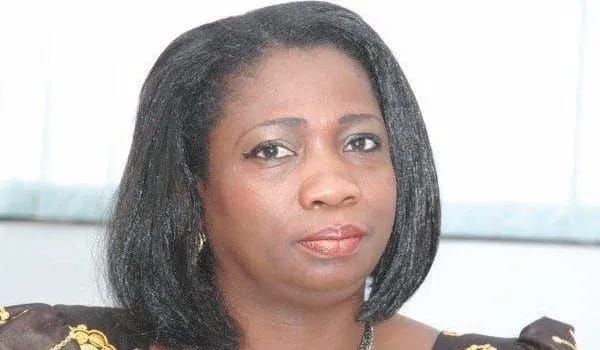 The Chairman of Nigerians in Diaspora Commission (NiDCOM), Abike Dabiri-Erewa, has stated on Monday evening that seven Nigerians who were arrested by the Egyptian police last month for participating in the #EndSARS protest in the North African country had been prepared for deportation.

Dabiri-Erewa, disclosed this via her Twitter handle, in which she said the protesters who are still in detention in Egypt would be deported for lack of resident permits.

She, however, revealed the Federal Government was pleading with its Egyptian counterpart for leniency on behalf of the seven Nigerians.

It was gathered that only one out of the eight protesters possesses a valid resident permit.

He is expected to sign an undertaking not to go against Egyptian laws.

The NiDCOM chairman tweets, “Update on the eight Nigerians detained in Cairo for protesting without a permit – Seven of them are to be deported to Nigeria for lack of resident permits. The only one that has a Residency will get final clearance from the Minister of Interior after signing an undertaking not go against the laws of Egypt.

“The Nigerian mission in Egypt is still appealing for leniency on behalf of the seven slated for deportation.”

‘We Are Not Unmindful Of The Anxiety:’ FG Promises To Restore...

SANDF member due in court over car smuggling at Beitbridge

IGP approves the appointment of DSP Josephine as the new PPRO...