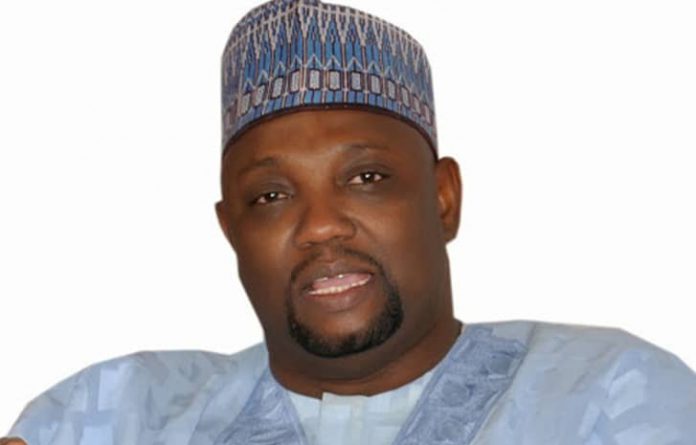 The newly decamped chieftain of the All Progressives Congress (APC), Dr Sani Abdullahi Shinkafi has called for the immediate expulsion of the former Governor of Zamfara State, Abdulazeez Yari and Senator Kabiru Marafa from the party for contravening the party’s Constitution.

Shinkafi said the severe sanctions against  Yari, Marafa and their supporters has become expedient as they have contravened the constitution of the party and flouted the directives of the National leadership of the party.

He made the call while addressing a press conference following the meeting held by Kaduna State governor, Nasir el-Rufai, Yari,

Marafa and others in Kaduna after the official defection of governor Bello Mohammed Matawalle and his supporters to the APC on Tuesday.

Shinkafi, who was the immediate past National Secretary of the All Progressives Grand Alliance (APGA) defected to the APC to support in building Zamfara said stringent action must be taken against Yari and Marafa to serve as a deterrent to other co-travellers.

According to him: “The actions of Abdulaziz Yari and Senator Kabiru Marafa clearly violated Article 21 (a), (iii) and (iv) of the Constitution of All Progressives Congress, 2014 as amended.

“Article 21 of the APC Constitution provides for the powers to discipline party members. The section says that “The Power shall be exercised on behalf of the Party by the respective Executive Committee of the Party at all levels.

“Specifically, Article 21 (a) prescribes that “Offences against the Party shall include the following: i. A breach of any provision of this Constitution. ii. Anti-Party activities or any conduct, which is likely to embarrass or have an adverse effect on the party or bring the party into hatred, contempt, ridicule or disrepute. iii. Disobedience or negligence in carrying out lawful directives of the Party,” he quoted.

Shinkafi argued that Yari, Marafa and their supporters should note that nobody is above the law therefore the directive by the chairman of the national caretaker committee, Mai Mala Buni dissolving the state party’s executives from the ward, local government and state levels and also the appointment of governor Matawalle as the leader of APC in Zamfara is sacrosanct.

“As from 29th June 2021, governor Matawalle has been bestowed with the position of APC leader in Zamfara state, as such, any action taken by any member of the party was a violation of the party’s constitution.

“I am surprised that after Yari who told the world that he would support Matawalle to build the party, could now go back to Kaduna and hold another meeting challenging the national Caretaker Committee Chairman,” he said.

Shinkafi noted that attempts by Yari and Marafa to fractionalised the APC will be resisted and therefore urged the national leadership of the party to take drastic punitive actions to save the party from the 2019 calamity.

“Yari, Marafa and their supporters should be put under watch so that they would not have the chance of disuniting our great party.

“Yari and his supporters should know that we are now bonafide members of the APC as such, we will not fold our arms to watch some disgruntled elements to be spoiling our party.

“They should know that they cannot intimidate us or remove us from the APC,” he said.

The APC stalwart appealed to Kaduna state governor, Malam Nasir el-Rufai to steer clear of Zamfara state politics as he has no mandate or right to interfere in the internal issues of the party.

Shinkafi further stated that: “Governor el-Rufai should stop conniving with Yari and Marafa to cause confusion in Zamfara state.

El-Rufai should know that we loved him because he is our in-law in Zamfara and will always wish him well, so he should stop assisting in causing hatred in our party and state.

Shinkafi called on the people of the state not to allow themselves to be misled by desperate politicians spreading rumours about political situations in the state.

“We should all come together irrespective of political differences to contribute our quota to the development of Zamfara state,” he said.