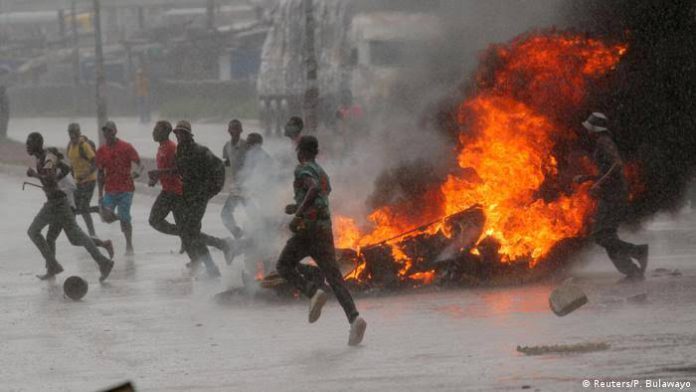 Ten people were reportedly burnt to death and four others escaped with burns after they were trapped in a veld fire they were trying to put out in Zimbabwe’s Matabeleland South Province.

It was gathered that the fire began in one of the farms in Esigodini before fast spreading to other farms nearby.

Workers then went to try and extinguish the raging fire, only to be trapped in the middle of the blaze fueled by strong winds.

“We were battling to put out the fire as a group and unfortunately we were surrounded by flames of the raging fire which covered a large area. There was a gust of wind that blew the fire towards our direction,” the survivors are quoted as saying.

“We ran to the mountain but we were surrounded by flames of the raging fire making it difficult to escape.”

The bodies were taken to Esigodini Hospital mortuary.

Meanwhile, the owner of the farm where the fire started expressed his sorrow at the tragedy.