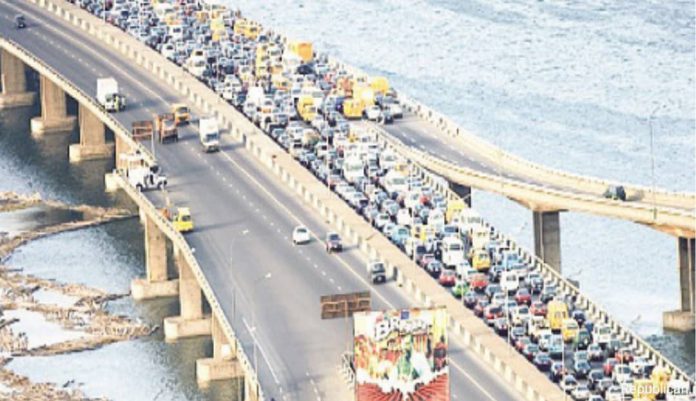 Federal Government to shut down 3rd Mainland Bridge from

July 24 for six months, the Federal Controller of Works in Lagos, Olukayode Popoola disclosed this today.

“We want to do maintenance work on Third Mainland Bridge very soon. Most likely on the 24th. We may close it from 24th of July,’’ Popoola noted.

“We are still working out the modalities and when we perfect the traffic management plan we will move to site. Everything being expected for the repairs of the bridge arrived the country that is why we want to start the repairs now,’’

The 11.8km bridge is one of the major links between the Lagos Mainland and Lagos Island, and perhaps, takes heavier traffic than the rest of the bridges, which include Carter Bridge and Eko Bridges.

Popoola said that the planned shut down is to enable the Federal Government carry out maintenance work from July 24, 2020.

According to him, consultations are ongoing towards developing a perfect traffic management architecture that will be very efficient and effective.

There have been reports of some worn-out joints of the bridge, which raised some safety concerns for the users of the bridge. The Federal Government will be working with the Lagos State Traffic Management Agency (LASTMA) on how best traffic during this period.

The Third Mainland Bridge was constructed in 1990 and was the longest in Africa until 1996 when the 6th October Bridge in Cairo, Egypt, was completed.