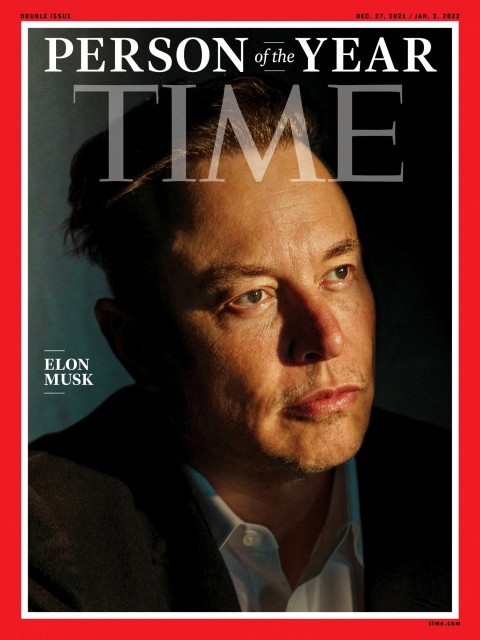 The founder and CEO of SpaceX and Tesla CEO, Elon Musk was named Time Magazine’s Person of the Year 2021 on Monday, December 13.

The 50-year-old Musk made history this year after his space company, SpaceX completed the first all-civilian crew mission into space.

He also overtook Jeff Bezos as the world’s richest man.

According to Time, ‘The richest man in the world does not own a house and has recently been selling off his fortune. He tosses satellites into orbit and harnesses the sun; he drives a car he created that uses no gas and barely needs a driver.

‘With a flick of his finger, the stock market soars or swoons. An army of devotees hangs on his every utterance. He dreams of Mars as he bestrides Earth, square-jawed and indomitable. Lately, Elon Musk also likes to live-tweet his poops.’

It was gathered that as at Monday, Musk had a net worth of $265.4billion, edging out fellow billionaire Amazon founder, Jeff Bezos.