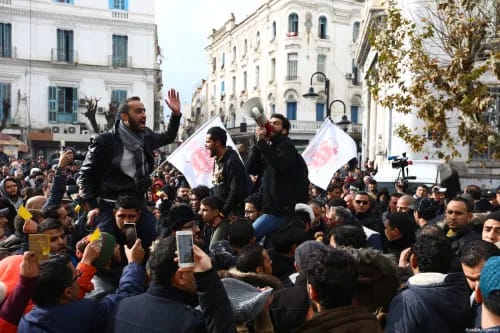 The governor of Tunisia’s Kasserine province was fired on Tuesday after protests over the death of a local resident during the demolition of his unlicensed store.

The government revealed via a statement that three other officials, including two security chiefs, were also dismissed over the death.

The dismissals were as a result of scores of angry residents who took to the streets to protest the death.

According to the official Tunisian news agency, the protesters set fire to tires and blocked several roads in Subaytilah city in the west-central province.

Security forces used teargas canisters to disperse the angry protesters with the military deployed to protect government facilities in the city.

The violence erupted after a man in his 50s died when local authorities demolished his store for allegedly not having license.

UGMC set to be fully operational in July 2021