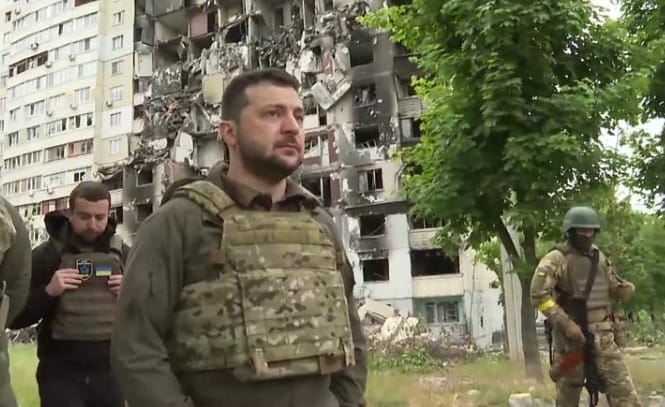 The President of Ukraine, Volodymyr Zelensky reportedly visited troops in the Kharkiv region, on the country’s battered eastern front line.

It is said to be his first official trip outside the Kyiv region since the Russian invasion began on 24 February.

Mr Zelensky told soldiers, “I want to thank each of you for your service.” However, he sacked the local security chief for “not defending” the city.

Russian troops were gradually pushed back from its surrounding towns during April and May, prompting some who had fled Kharkiv to return, and the metro to reopen for the first time since the invasion.

“In this war, the occupiers are trying to squeeze out at least some result,” Mr Zelensky stated.

“But they should have understood long ago that we will defend our land to the last man. They have no chance. We will fight and we will definitely win.”

Scopa wants SIU and Hawks involved after Nzimande fails to get...

If Nigeria splits, visas might be needed to travel to places...