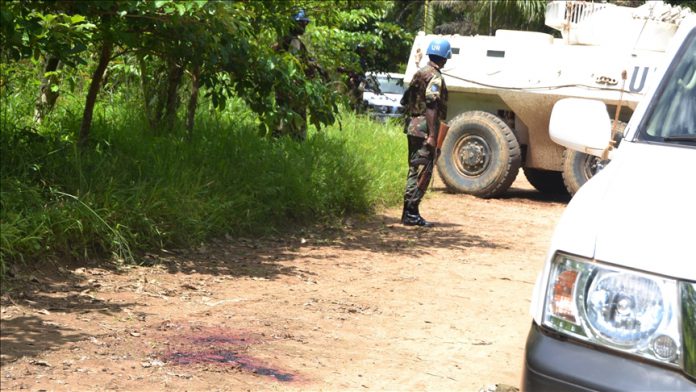 United Nations disclosed that the 6,989 cases of human rights violations that were documented last year in the Democratic Republic of Congo went down nearly 12% from the previous year.

The United Nations Joint Human Rights Office (UNJHRO) made this known via a report released on Thursday.

The figure represents a monthly average of 582 violations, said the UNJHRO,

‘’The types of violations most reported by the UNJHRO over the past year are, among others, violations of the right to liberty and security of person: 1,886 cases were reported for this type of violation and 5,933 victims were listed, including 725 women and 463 children,” the report said.

According to the report, 60% of the violations committed in 2021 were by armed groups in provinces in armed conflict where at least 2,024 civilians, including 439 women, were victims of summary executions.

State agents including the national army, police and other security agencies accounted for 35% of human rights violations, including the extrajudicial killings of least 40 civilians.

Because of the many rebels and militia groups in eastern Democratic Republic of Congo, there is a lot of killing of innocent people and violation of human rights. It is for that reason that the UN peacekeeping force the United Nations Organization Stabilization Mission in the Democratic Republic of the Congo (MONUSCO) was deployed in that part of the country a few years ago.

Around two months ago, the armies of Uganda and the Democratic Republic of Congo jointly launched an operation to eliminate ADF rebels and other militia groups in that part of the country. They claim that the operation is going well and that all ADF camps have been overrun.