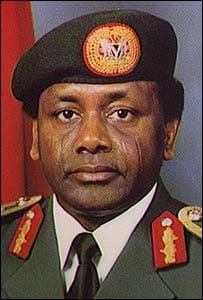 The United States has returned over $20.6 million worth of assets linked to the late former Military Head of State, General Sani Abacha and his associates, to the Nigerian government.

The United States Department of Justice in a statement on Thursday, November 16, said the money was transferred in accordance with an August 23 agreement between both countries.

“The repatriation brings the total amount forfeited and returned by the US in this case to approximately $332.4m.

In 2020, the department repatriated over $311.7m of the forfeited assets that had been located in the Bailiwick of Jersey.

Last year, the United Kingdom enforced the US judgment against the additional $20.6m

In 2014, a judgment was entered in the District of Columbia ordering the forfeiture of approximately $500m located in accounts around the world, as the result of a civil forfeiture complaint for more than $625m traceable to money laundering involving the proceeds of Abacha’s corruption.