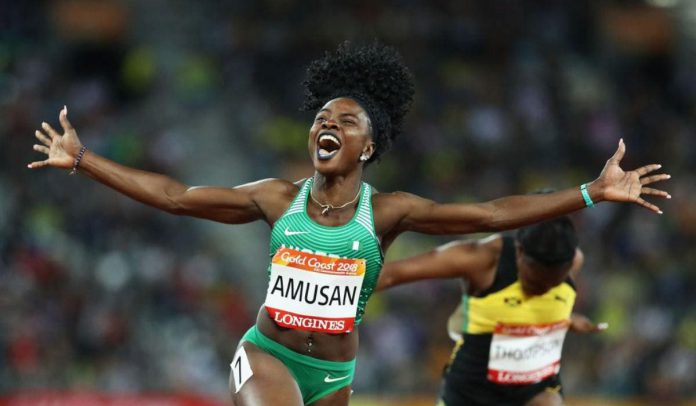 Amusan made her debut at the Olympic in Rio 2016 in Brazil and she was able to make it to the semi final of the event.

In its preview the athletics body believed Amusan is well equipped to surprise the world and go a step further this time around.

“Tobi Amusan will head to Tokyo with plenty of motivation. The African champion produced the three fastest times of her career at the 2019 World Championships – 12.48, 12.48 and 12.49 – but ultimately finished just 0.02 shy of a medal in the final.

”She equalled her PB of 12.48 earlier this year and backed it up with wind-assisted marks of 12.43 and 12.44. Winner at the 2018 Commonwealth Games and 2019 African Games (where she set a new Games record), the 24-year-old already has plenty of major championships experience and reached the semifinals of the last Olympics as an U20 athlete.

Now one of the best hurdlers in the world, this time Amusan will be in medal contention,’ wrote World Athletics on its website.

Atheltics events is scheduled to commence on the 30th of July.

Police Stopped From Arresting Ronaldo Over Probing Of Alleged Rape