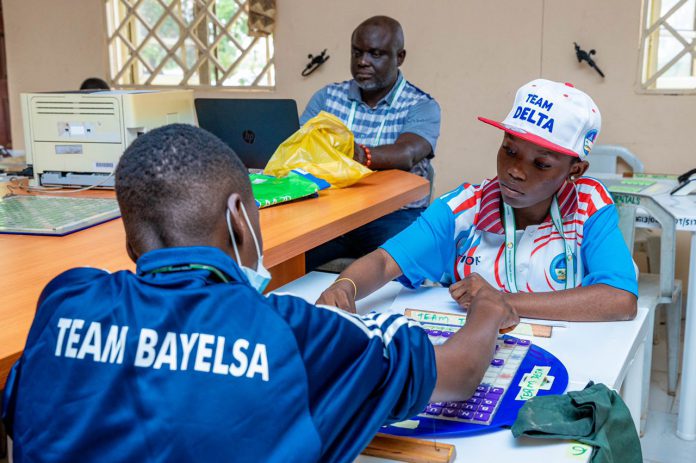 The ideals and philosophy behind the National Youth Games (NYG) is very explicit: it is strategically designed by the Federal Ministry of Youth and Sports Development ( FMYSD) to address our national aspiration of repositioning sports at the grassroots level and to serve as a platform to discover budding talents in the country .

Indeed, in his speech during the opening ceremony on october 15, 2021; the Hon. Minister of Youth and Sports Development, Mr. Sunday Dare mince no words in describing this year’s 6th National Youth Games as unique- ” …intended to produce athletes that will represent Nigeria at the African Youth Games in Ethiopia in year 2022, and the next Youth Olympic Games in Dakar, Senegal.”

Retrospectively and presently, the Games therefore, has to a large extent achieve its intended goals and objectives. Hence, making it possible for the country to establish a standard programme for athletes’ succession from one generation to another.
Equally important, the Youth Games has noticeably fulfilled its mandate of promoting national unity since its inception in 2013 with 14 sports and 98 events, competed for by 4,080 athletes from 32 states and the FCT.

A geometric rise in both athletes, officials and number of sporting events is thus, a visible trend ever since . An instance, the 5th edition of the Games in 2019 at the University of Ilorin ( Unilorin), Kwara State recorded a total of 4,089 athletes and officials, featuring 34 sports with 167 events, 34 participating states and the FCT.

This year’s 6th edition (Ilorin 2021) also holding @ the Unilorin is by no means different; it has recorded an expansive growth in both number of athletes, officials and sporting events.

Over the years of organizing the NYG by the FMYSD; one can safely infer that a forum for forging and cementing interactions and social engagements amongst the youth is being consistently entrenched.

Generally and in all ramifications; the NYG signpost a deliberate and sustained effort of the Federal Ministry of Youth and Sports Development to achieve unity, inclusive growth and development of the Youth through sports in the country.

From any standpoint of view that one studies the National Youth Games, it has tenaciously emphasized participation by the Youth (aged 15 and below) from the states of the federation, including the FCT. The young and focussed starlets from my view point are all WINNERS .

GBV: No to on-set harassment

Wearing of smock banned in Bawku to prevent hiding of weapons...