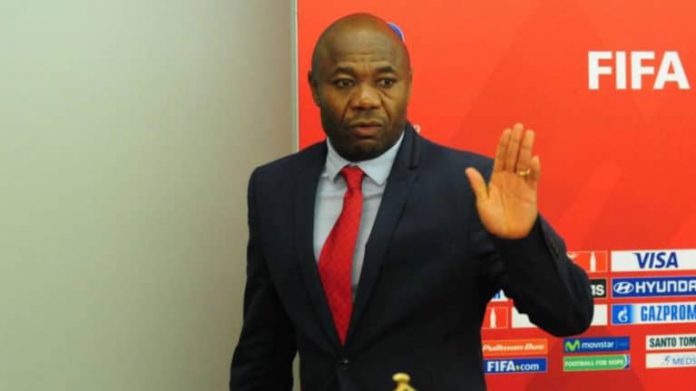 Former Barcelona star Emmanuel Amuneke has blasted Emmanuel Dennis for not helping his teammates defensively during the Super Eagles 1-1 draw with Ghana last Tuesday evening – a result that saw them miss out on the 2022 World Cup.

The Watford man was one of five changes to the side that held the Black Stars to a goalless draw in Kumasi, coming in to replace the injured Samuel Chukwueze at the right wing.

For all his fancy footwork and confidence on the ball, Amuneke has pointed out that Dennis exhibited defensive frailties at the MKO Abiola Stadium in Abuja, so much so that he was reminded to do his bit in protecting the Super Eagles defence during the game

The 24-year-old made his starting debut against the Black Stars, having previously made three appearances off the bench, including the first leg 2022 World Cup playoff at the Baba Yara Stadium.

Assessing the performance of Dennis against Ghana in Abuja, former Super Eagles assistant coach Amuneke didn’t hold back, telling Brila FM: “The important thing is to know the strength of your player, to know what he can do with and without the ball.

“We called him and reminded him why he has to track back but calling him is not just enough because each player has to understand their responsibility on the pitch.
“I must admit each player has different abilities, some can defend better than others and that’s why football is a team game”.

Dennis made way for former Watford striker Odion Ighalo with twelve minutes to go as the Super Eagles searched for a winning goal but the Black Stars were able to hold on to a draw.