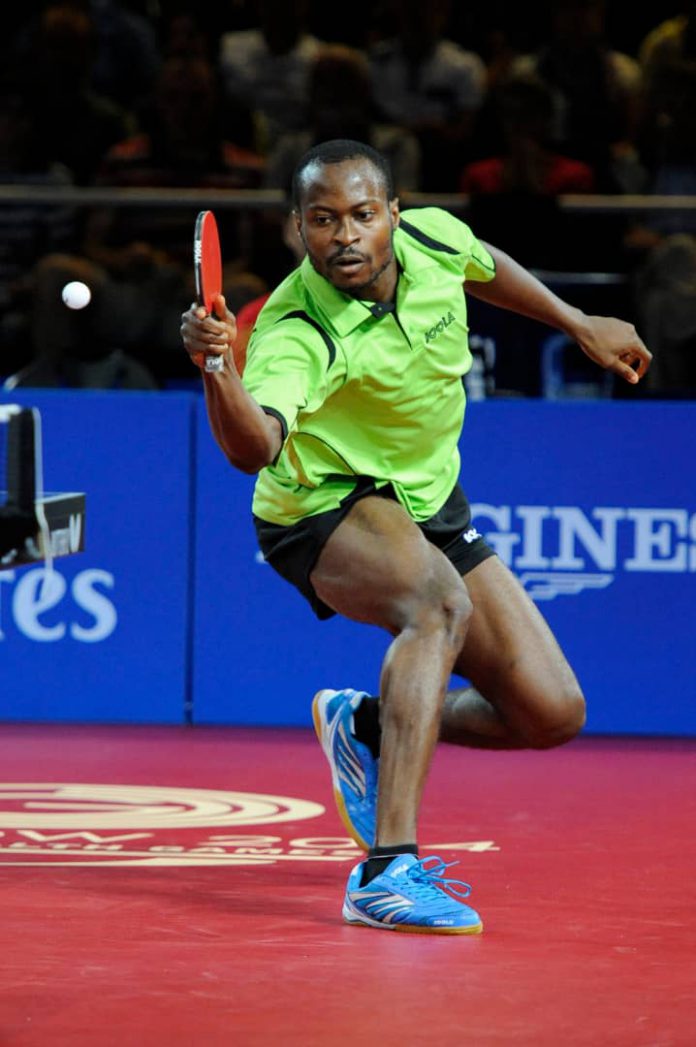 Nigeria’s Quadri Aruna has set a new African record as the first player from the continent to be ranked in top 15 in the ITTF Ranking.

In the Week 37 of September 14 ranking released by the world table tennis ruling body, Aruna who was runner’s up in the men’s singles of the Cameroon 2021 ITTF African Championships moved four steps up the ranking ladder to be rated 15 as the first African to attain such height in the world ranking to erase Omar Assar’s record of world number 16 set by the Egyptian on January 2018.

Aruna’s unbeaten run came to an end in the final of the tournament in Cameroon when he lost 4-1 to Assar and for his performance, the former World Table Tennis Player of the Year gained ranking points to join the elite club in the world.

Also his partnership with Bode Abiodun won the men’s doubles in Cameroon and the duo has gained ranking points to be ranked 20th in the world by ITTF in the men’s doubles.
For emerging as the men’s singles champion in Cameroon, Assar gained eight steps up in the ranking to be rated 28th in the latest ranking.

Also, Assar’s compatriot – Ahmed Saleh garnered ranking points to move to 47th in the world, Senegal’s Ibrahima Diaw moved 10 steps up to 59, while Olajide Omotayo rose to 87th in the world rating.

Meanwhile, China’s duo of Fan Zhendong and Meng Cheng held on to the pinnacle of the ranking as the best rated players in the men and women rating in the