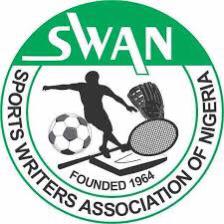 Bauchi State chapter of the sports writers association of Nigeria, (SWAN), has expressed displeasure over the current performance of Wikki Tourists football club of Bauchi in the on going Nigerian professional football League.

According to SWAN through its Secretary, Bala Bawaji Konkyiel, Having played twenty one matches, the team currently occupies fifteenth position on the log with twenty four points, which does not reflect the efforts and investment of the state government to the club.

“However, the Sports writers association of Nigeria, SWAN in Bauchi is calling on the state government to as a matter of urgency set-up a committee to look into the problems facing the club with a view to finding a lasting solution”, the statement further contained.

Furthermore, SWAN also called on both the management and players of Wikki Tourists football club to brace up and return the state Darling team to it’s position of eminence.

It’s could be recalled that the Bauchi based club has lost back to back with a devastating 5-1 against Katsina United in Katsina and 2-1 against Nasarawa United at home.

Meanwhile, a cross section of the fans and supporters of the club have called on the state government to as a matter of fact sack both the management and technical team of the club for what they described as ineptitude in the discharge of their functions.

Some of the supporters who spoke to Sports Journalists immediately after the match outside the Abubakar Tafawa Balewa Stadium opined that the club performance in the last 2 seasons have been a poor run.

They said that despite the huge investment by the government in the welfare of the club, it has refused to reciprocate the gesture a development they said makes both the management and technical crew incapable of running affairs of the club.
End

10 people gunned down in separate mass shootings in Eastern Cape

My Team Will be Ready in Few Weeks, Ogunbote Assures Shooting...