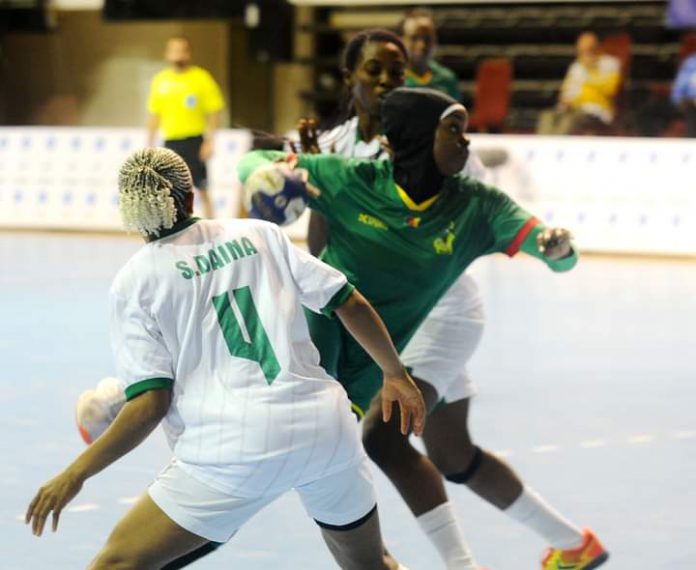 The Handball Falcons fell to host Cameroon with a wild margin of thirty goals making it the second loss to Cameroon in this year’s tournament.

A rather poor Nigerian team could only score three goals in the first phase of the game as against the rampaging Cameroon’s 26 goals.

It was just a matter of time before the game was beyond the reach of the Nigerian team as the host continued the momentum.

At the end of the tie, the host added 18 more goals to make it 44 goals while the green white green team scored 11 to make it 14.

Cameroon join Angola, Congo and Tunisia to qualify for the world championship in Spain and progress to the semi finals of the competition.

In the semi finals, Tunisia will go against Angola while Cameroon will play Congo.

ADEPOJU PLAYS DOWN ON ‘MAFIA’ IN SUPER EAGLES