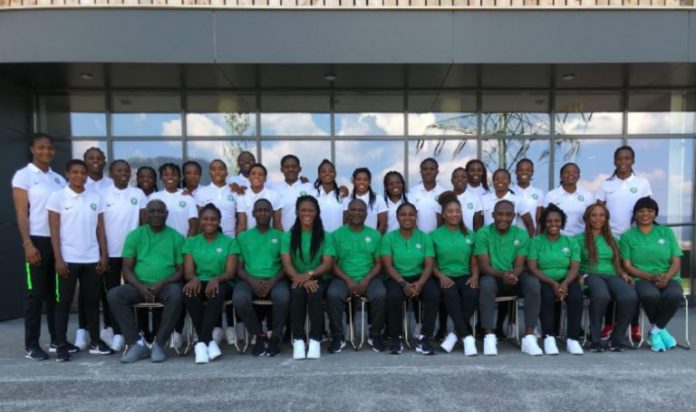 Africa’s most successful team at the FIFA U20 Women’s World Cup finals, the Falconets of Nigeria will on Saturday commence another race to qualify for the global tournament when they square up to their counterparts from the Central African Republic in the city of Douala, Cameroon.

Africa’s football-governing body, CAF has not approved any stadia facility in Central African Republic as being good enough to host an international match – this has forced the country’s national teams to adopt other nations as ‘home ground’. The country’s Men ‘A’ team played Cape Verde in Douala on Day 1 of the FIFA World Cup Qatar 2022 series, which ended 1-1.

That country’s Men ‘A’ team will take on the Super Eagles in a FIFA World Cup Qatar 2022 Day 3 clash also in Douala.

Falconets have played in every edition of the FIFA U20 Women’s World Cup since the competition was launched as an U19 tournament in Canada in 2022, winning the silver medals in 2010 in Germany and in 2014 in Canada, and were semi finalists in 2012 in Japan.

Head Coach Christopher Danjuma has picked 23 players from the group that has been training in the Federal Capital Territory, Abuja for several weeks now and the contingent will fly out of Abuja on Wednesday night.

The girls from Central African Republic reached this stage of the qualifiers after Equatorial Guinea’s U20 girls withdrew from their preliminary fixture scheduled for last month. Saturday’s encounter is slated for the Stade Japoma de Douala from 3pm Cameroon time.

I’m not your christian saviour, not here to uphold beliefs about...

Benzema To Rest For World Cup