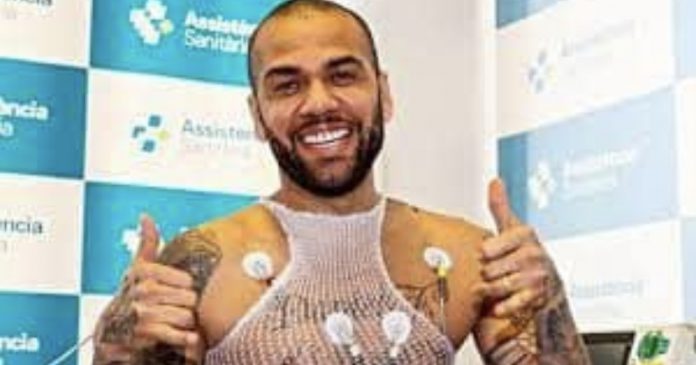 Daniel Alves has passed a Barcelona medical. Alves, 38, has successfully passed his medical check-up, prior to signing his contract with Barcelona to June 2022. The Brazilian fullback arrived at Barcelona Hospital at around 9am to undergo the routine tests required, which lasted over two and a half hours.

Both on arrival and departure, the Brazilian has showed his usual good sense of humour.
“You miss me, huh?” he first told reporters awaiting his arrival at the hospital. “I always surprise,” added the defender, who returns to Barça at 38 years old and five years after his departure, during which time he has played for Juventus, PSG and Sao Paulo.
Once the medical examination was completed, Alves joked again. “I am forever young, brother,” said the Brazilian.