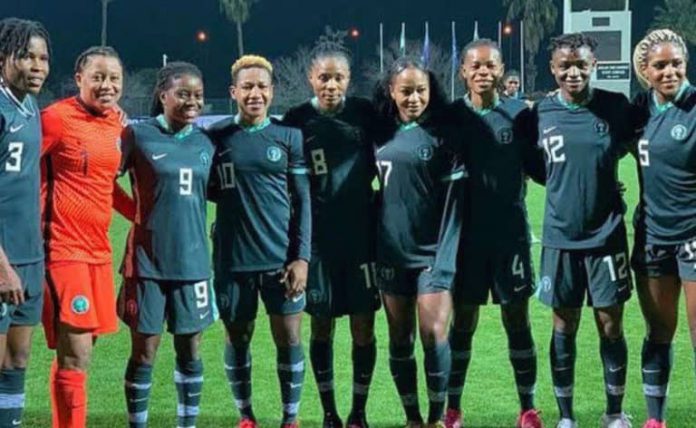 Super Falcons’ chief coach Randy Waldrum said while his team are aware of Cote d’Ivoire’s strengths, they are prepared to do the needful when they meet on Friday in Abuja.

The Falcons face their Ivorian counterparts in the final round of qualifiers for the 2022 Women’s Africa Cup of Nations (WAFCON) in Morocco.

The Nigerian senior women’s football team have been preparing for the first leg game at the Moshood Abiola National Stadium in Abuja and Waldrum believes they have done enough in preparations.

“The spirit in the camp is very high and positive, while the players have been looking forward to the two matches for some time now and their professionalism has been fantastic,” he said.

The coach stated that he believes his team has a good understanding of the Ivorians both in history and as presently put together.

“I’m not big on past history as that is why they call it history, and therefore the previous matches will have no bearing on this one. But we recognise our opponents’ strengths and we will be prepared to deal with that,” he added.

The Super Falcons are seeking a 12th consecutive appearance at the WAFCON, since their first qualification at the debut event in 1998 in Nigeria.

But they have to be wary of suffering another upset against Cote d’Ivoire, who stopped them from appearing at the Tokyo 2020 Olympics.

Since 2015, the Nigerian side are yet to record an outright win in the last five meetings with the Ivorians.

Nigeria’s only triumph over the Ivorians in their last five ties was through a penalty kicks shootout. That was after Uchenna Kanu’s late finish cancelled Ange N’Guessan’s goal in the 2019 WAFU Cup final in Abidjan.

Waldrum is however unperturbed, saying he is motivated by his team’s mood and depth ahead of the two games.

“It is evident that this is important to our main goal of getting another FIFA Women’s World Cup berth. But playing the first match at home is an advantage. It is important as well to get on the front foot in everything we do.”

Waldrum is looking up to his array of talents to snatch the vital WAFCON ticket. “Our result will depend on our players’ performance.

We have some good talents in our team, and we also understand how the Ivorians will try to play against us, especially with the physical component. “But we will cope with this well and go on to control the game.”

The Falcons beat the Black Queens of Ghana 2-1 aggregate to earn the ticket against the Ivorians who will host them in the decisive return leg in Abidjan on Wednesday.

Tonto Dikeh, Kemi Olunloyo drag each other over the demolished house...