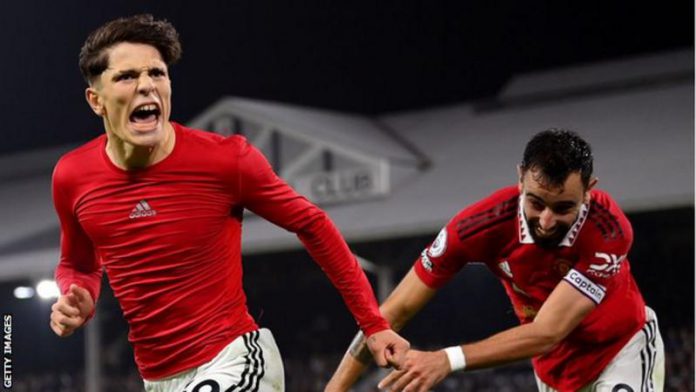 In a pulsating second half at Craven Cottage, Fulham looked to have earned a point before the 18-year-old Argentine raced through and arrowed a shot into the bottom corner past Bernd Leno.

Fulham’s Dan James had earlier came off the bench to grab an equaliser from Tom Cairney’s low cross to give the hosts what looked to be a well-deserved point after David de Gea had made a number of fine saves.

But Garnacho’s winner with practically the last kick of the match gave United the three points.

The Premier League now takes a six-week break because of the Qatar World Cup, which begins on 20 November, with no domestic top-flight matches until 26 December.

The win leaves United fifth, 11 points behind leaders Arsenal and three points behind fourth-placed Tottenham with a game in hand on Antonio Conte’s side.

‘Keep the count! We will not cease church attendance’: Rigathi to...