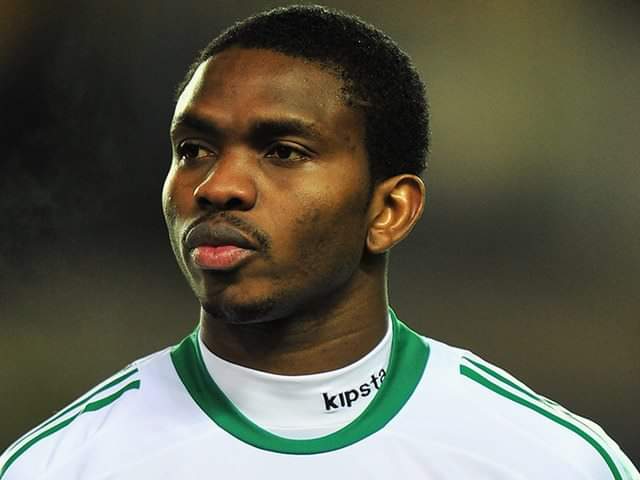 In an inspiring first half, Augustine Eguavoen’s men took the lead through a beauty from Kelechi Iheanacho on the half-hour mark after he was teed up by Joe Aribo.

Carlos Queiroz’s Pharaohs stepped up their game in the last 45 minutes and threw everything at the three-time African champions in their quest to restore parity.
Nonetheless, the quartet of William Troost-Ekong, Kenneth Omeruo, Ola Aina and Zaidu Sanusi marshalled the backline very well to prevent Mohamed Salah and his teammates from wreaking havoc.
In a chat with GOAL after the game, the Super Eagles assistant coach saluted his team’s backline for a job well done.
“The defenders played as partners and not as individuals,” Yobo said.
“Also, the defence played as a unit; from front to back they were very solid and did not take any chances.
“As a defender, if you have to kick – you kick and if you have to play you play. [Against Egypt] the boys worked so hard from the back and they kept a clean sheet which is very commendable.”

Yobo was part of the Nigeria team that bowed 3-1 to the Egyptians at Afcon 2010 inside Estadio Nacional de Ombaka in Benguela.

He expressed his relief with the result in Garoua, claiming it’s a morale boost for his team as the competition progresses. “I feel very relieved because the first game is always very important,” the former Super Eagles captain added.

“If you lose your first game then you start doing the math, but we got even better and we won. “We have three points although there are still two more games to play. This result against Egypt gives us confidence going into the next game.”

The former Olympique Marseille and Everton star also reserved some praise for Queiroz’s team. “They [Egypt] are a very good side and with the players that they have and their performances before the Afcon, you couldn’t rule them out,” he added.

“We know it would be very tough but we neutralised them a little bit. “We have to give credit to our boys because they played so well, as a team we played so good.”

Victory for Nigeria over Sudan on Saturday will send Eguavoen’s side through to the Round of 16 with a game to spare.