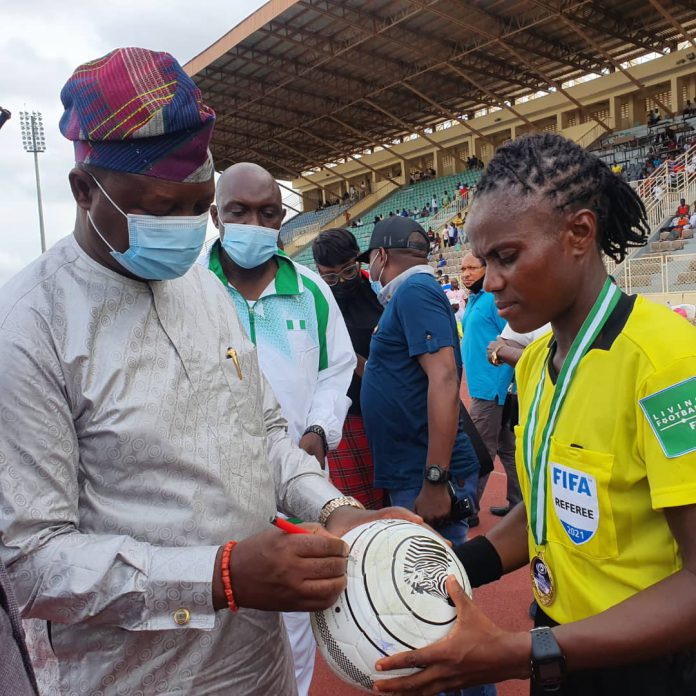 The Nigerian women’s Football League Board has been assured of renewed support that would propel female football league to the next level.

This assurance was given on Sunday by Youth and sports Development Minister Honourable Sunday Dare at the finals of the female Football Super Six at the Dipo Dina Stadium in Ijebu Ode where Rivers Angels emerged champions after beating Sunshine stars 4-0.

According to the Minister “I’m impressed with what I’ve seen today as we have seen female professional Football at its best. You will recall I that I watched the last NWPL Super Four final at the Agege Stadium, Lagos where I saw great exhibition of talents. I want to congratulate the overall winner and those who will represent us for the first time in the Female CAF Champions League to be our worthy representatives by perhaps winning the maiden Trophy of the CAF Champions League. Don’t forget we have a track record in female football in Africa Where we remain a dominant force. We can extend the dominance from the National team to club level”.

Dare commended the chairperson of the Female league *Aisha Falode* for her deliberate effort in taking the female league to the next level.

Media office of the Honourable Minister of Youth and Sports Development

In Photos: Cafe Maure, The Andalusian Face of Morocco