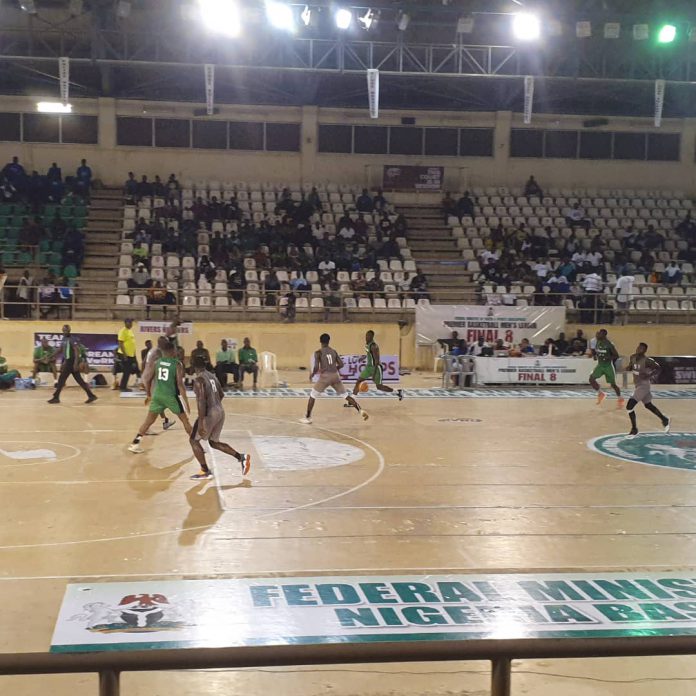 Rivers Hoopers continue their dominance at the ongoing NBBF Premier League Final eight going on in Abuja with their second win of the championship following a 64-48 points win against Police Baton to progress to the final four.

Hooper’s established an eight point half time lead 31-23 in a game they converted 75percent of their free throws.

The duo of Owen Oriakhi (16) and Ogan (11) contributed for 27 pts for Hooper’s while Police Baton relied heavily on Malu & Ayanleke whose 15 & 11 pts respectively wasn’t enough.

In the other group A match, Gombe Bulls managed by former National team assistant coach, Abdulrahman Mohammed outscore Benue Braves 80-45 pts in a one sided game to make it two wins from two.

Kwara Falcons walked over Islanders of Lagos who had earlier pulled out of the championship.

In the last game of the day in Group B, Kano Pillars cemented a foot in the semi-finals of the championship with a victory against Nigeria Customs who had beaten Kwara Falcons on Match day one.