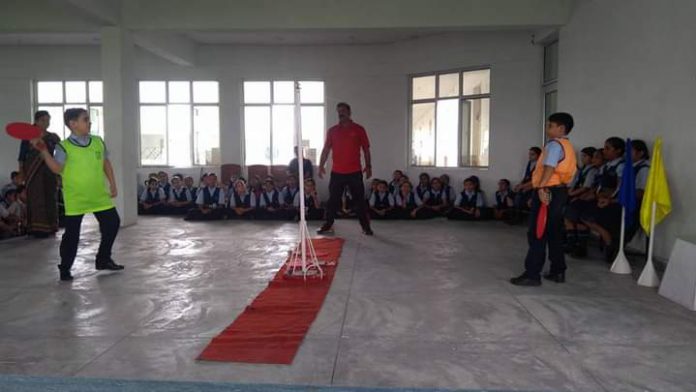 Preparations are in top gear for Nigeria to excel at the African Speedball Championship in Cairo, Egypt.

This was disclosed by the President, Nigeria Speedball Federation, Blessing Adebowale when he visited the camp of the invited players for the competition coming up later this month.

Adebowale while speaking explained how the game is being played, “Speedball is a game similar to tennis but in an advance form. The game is played with a ball tied to a rope and put in the middle of two or four players. When the ball is smatched to the left side ,the opponent on the other side needs to respond by sending the ball back. And any player who misses the ball and fail to respond loses the point and a deficit is recorded against the player. To become a winner in a game, any player or set of players must score the count of ten in the smatching of the ball with the speed at which the ball moves.

He added, “We are here today to expose the game to young boys and girls who will represent Nigeria in the oncoming tournaments we will involve in.

“Nigeria will sponsor four U17 players (two boys and two girls) to Cairo, Egypt for camping. Some of the players are already in camp while some will join them on Monday. We want them to be in camp for one week from where we pick the best to represent Nigeria in the tournament.

He continued, “To achieve our aim of performing well at the championship, we have recruited five coaches. They were selected and put them together from two different games; scotch, tennis, so that we can be able to get the best from the players. And help us to pick the best from the invited players.

Not fewer than 18 countries across the world will participate in the tournament. Eight African countries with European, American and Asian countries will also take part in the competition.