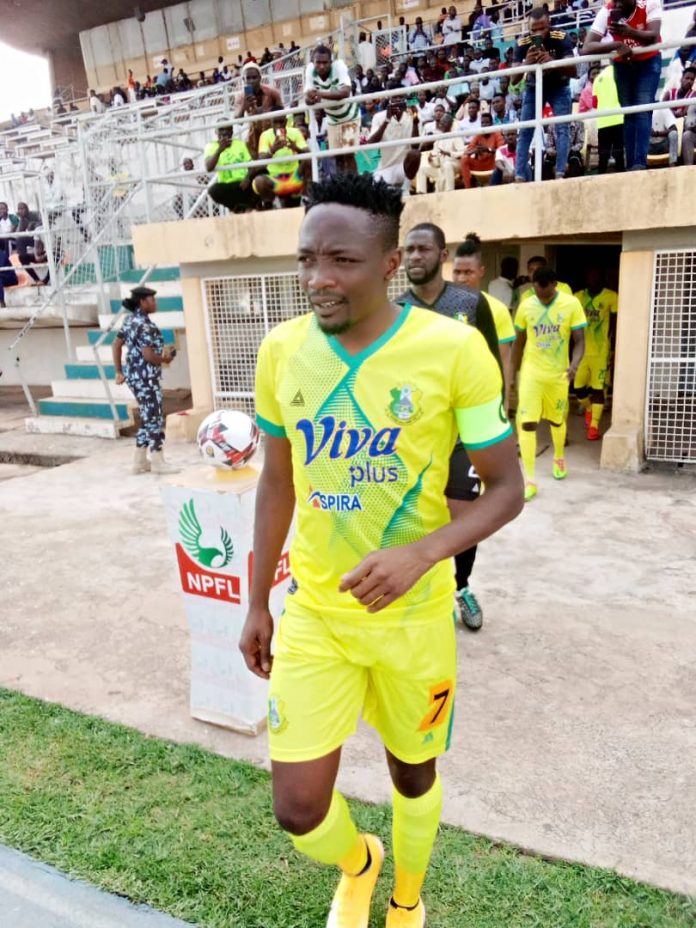 This feat was achieved after beating Nasarawa United 1-0 in match day 23 of the season at Ahmadu Bello stadium Kaduna on Wednesday.

Auwalu Ali Malam scored the goal at twenty five minutes of play with an assist from the legend of the side Rabi’u Ali.

With the result, sai masu gida now have 44 points from 23 league matches helping leapfrog Akwa United on the summit of the table.

In his post match reaction, Kano Pillars Fc Acting Technical Adviser Ibrahim A. Musa praised his players for always playing according to the instructions and urged them to sustain the tempo.

He however expressed worry on number of goals scoring chances his side are failing to convert but pledged to take needful measures to correct such mistakes.

He also reaffirmed that they would continue doing their best to ensure that they win the league at the end of the season.

“We expect the match to be tight but thanked God we get what we want,” Coach Ibrahim said.

The acting technical adviser advised his players to be focused, put the nine matches unbeating record aside while concentrating on the next task ahead of them which is a trip to Jos on Sunday where take on Plateau United in the match day 24 of the NPFL.

Super Eagles captain and Kano Pillars winger, Ahmed Musa said the players will continue to put in their best while leaving the rest of it to God.

Super Eagles To Face CAR Next Month In Douala