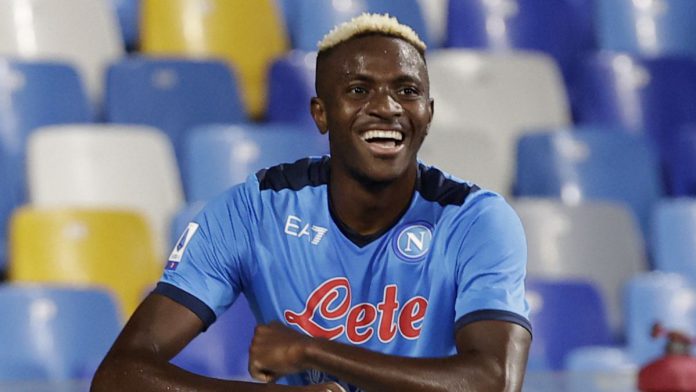 Paying tribute to the Argentine legend who passed away at age 60, Osimhen has been tasked to flaunt the legend’s jersey in his next three Napoli outings.

It was gathered that the lanky striker has been billed to wear the customised outfit in today’s league clash against Verona, and November 21 duel against Inter Milan, with November 28 cracker at home to Lazio.

While alive, The former Argentine Juniors, Boca Juniors, Barcelona, Sevilla and Newell’s Old Boys star undoubtedly enjoyed the highlight of his career whilst with the Serie A giants, taking them to their only two top- flight titles to date.

Incidentally, late Maradona last featured for Argentina against Nigeria] during the group games of the 1994 FIFA World Cup in USA.
After the duel which ended 2-1 in favour of the Argentines, the legend was banned from international football for failing a dope test.

Phala Phala report has potential to hurt both Ramaphosa and ANC

Egypt to Develop 21 Desalination Plants in First Phase of Multibillion-Dollar...