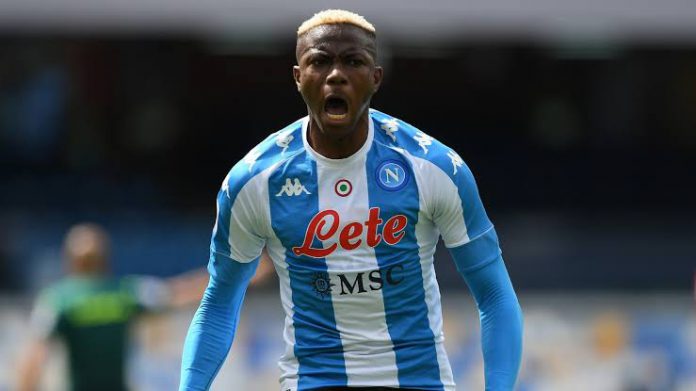 The young and energetic forward popped up midway through the first half to send home a fine header after a Mario Rui corner bubbled about in the box.

His goal was the only one recorded in the encounter and it was his fifth of the pre-season for Napoli having previously scored four in the Napoli’s 12 crushing victory over Bassa Anaunia.

As Napoli are fine-tuning their preparations for the new season which will kick-off on August 22 against newly-promoted Venezia who also parades a Nigerian (Tyronne Ebuehi), Osimhen’s goals is what everyone in the club will be banking on as they look forward to a return to Europe’s biggest Competition, the UEFA Champions League.