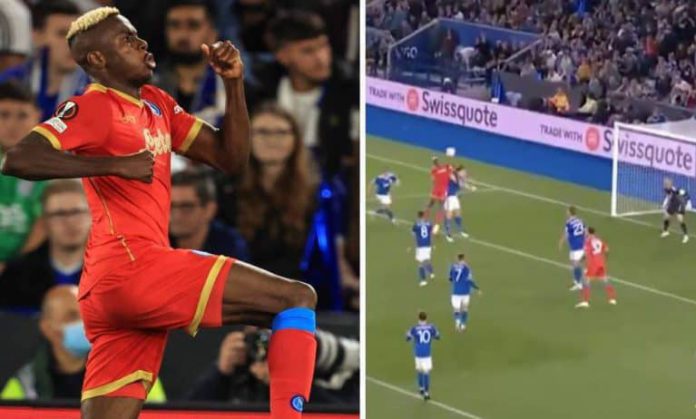 Spanish sports daily Sport says Los Blancos will line up a move for Osimhen in the event that they fail to land their primary targets Kylian Mbappé , Erling Haaland or Robert Lewandowski.

Mbappe could be more expensive to sign now that Barcelona have entered the race for his signature, Haaland is on the wish list of almost all the super clubs in Europe, while Lewandowski at 33 has no resale value.

The Nigeria national teamer has played very well this season, so have Napoli, who are the only club in Europe’s top five leagues to win their first eight games this season.Osimhen has gotten his mojo back after an indifferent start to his career at Napoli last term owing to injuries and a Covid-related absence.

The 22-year-old was on target once again in Napoli’s last match against Legia Warsaw, taking his tally to nine goals in ten outings across all competitions in 2021-2022. Osimhen is valued in the region of at least 100 million euros by the Parthenopeans.

Arsenal and Chelsea ‘in the race’ for Achraf Hakimi