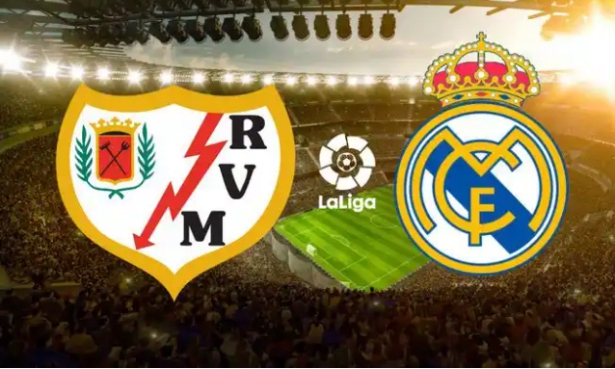 For the first time in this season, defending champion of Spanish League, Real Madrid have lost a LaLiga Santander match.

Carlos Ancelotti stumbled to a 3-2 defeat in a back-and-forth game at Rayo Vallecano.

It was a well-deserved win for the home side, who dominated the opening stages and scored an opener when Santi Comesana fired in Fran Garcia’s cutback.

Real Madrid were overwhelmed throughout the first half, but were handed a get-out-of-jail-free card when Fran Garcia was punished for a tangle with Marco Asensio, with Luka Modric converting the penalty in the 37th minute.

Then, before Rayo Vallecano could catch their breath, Eder Militao turned in at a corner to make it 2-1 to the visitors.

That wild first half was then capped off with an Alvaro Garcia strike just before the break, which was so powerful that it basically went through Thibaut Courtois

That made it 2-2 at half time, and Rayo Vallecano probably deserved more at that.

In the second half, they recovered the lead through the penalty spot, after Dani Carvajal had swatted a bouncing ball away with a flailing arm inside the area.

Although Courtois saved Oscar Trejo’s first attempt, a retake was ordered as Carvajal was inside the box before the ball was kicked. The Belgian guessed the right way again, but Trejo’s kick squeezed in.

From there, Real Madrid pushed for an equaliser and had a great chance just before the 10 minutes of stoppage time, but Rodrygo fired over from a yard or two out when it looked easier to score than miss.

Paul Mashatile sworn in as MP ahead of expected Cabinet reshuffle