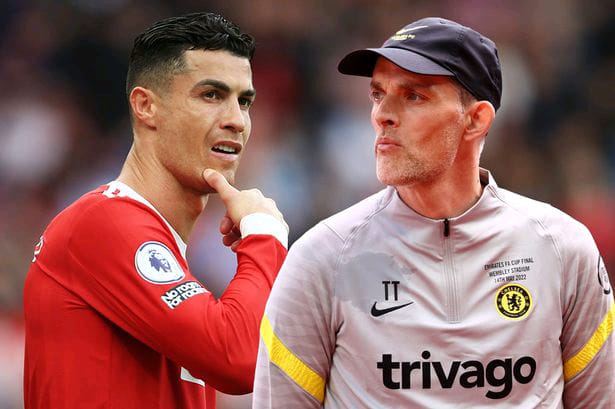 The possible transfer of Cristiano Ronaldo to Chelsea caused a huge rift between Thomas Tuchel and Todd Boehly.

The German coach was relieved of his duties on Wednesday, the day after the Blues lost their opening Champions League group game with Dinamo Zagreb 1-0.

But troubles arose well before that between Tuchel and Chelsea’s new owner, according to a report .

Boehly’s interest in signing Ronaldo saw a clash between the pair, with the American refusing to back down in his pursuit of signing the Manchester United attacker. Tuchel ‘seemed exasperated’ at having to point out his reasons for not wanting to sign the superstar.

Ronaldo had used his agent, Jorge Mendes, to sound out a move away from Old Trafford in the summer, after the club failed to achieve Champions League football. Ultimately though the former Real Madrid star remained in the northwest.

As for the departure of Tuchel, it’s thought that the owners want a coach they can invest in for the future and the boss did not sufficiently show that he would be willing to help create the culture they want to bring to the club.

For instance, the report states that last Saturday Tuchel made it clear that he did not want to support the club’s search for a permanent sporting director.

The ill feeling has extended to the training ground too. It has been described as tense and there were a bunch of players who did not approve of Tuchel when they felt they were being treated unfairly.

After their 100-day review of their active ownership, Boehly and co talked about how the club had progressed to instill a new culture, as well as the tenure of Tuchel, who they felt, had not done much to actively show that he wanted to be a part of it.

Why Bernard is absent for Everton’s meeting with Burnley

Egyptian To Bid For 2036 Olympic Games